Hey – Our next live Music Biz 101 & More radio show takes place this Wednesday, April 19 at 8pm.  Our special guest will be Jim Donio, President of the Music Biz Association.  He’s a wealth of music business knowledge, plus a huge reason why thousands of people go to Nashville each May for the Music Biz convention.  You should listen and also go to Nashville this May. 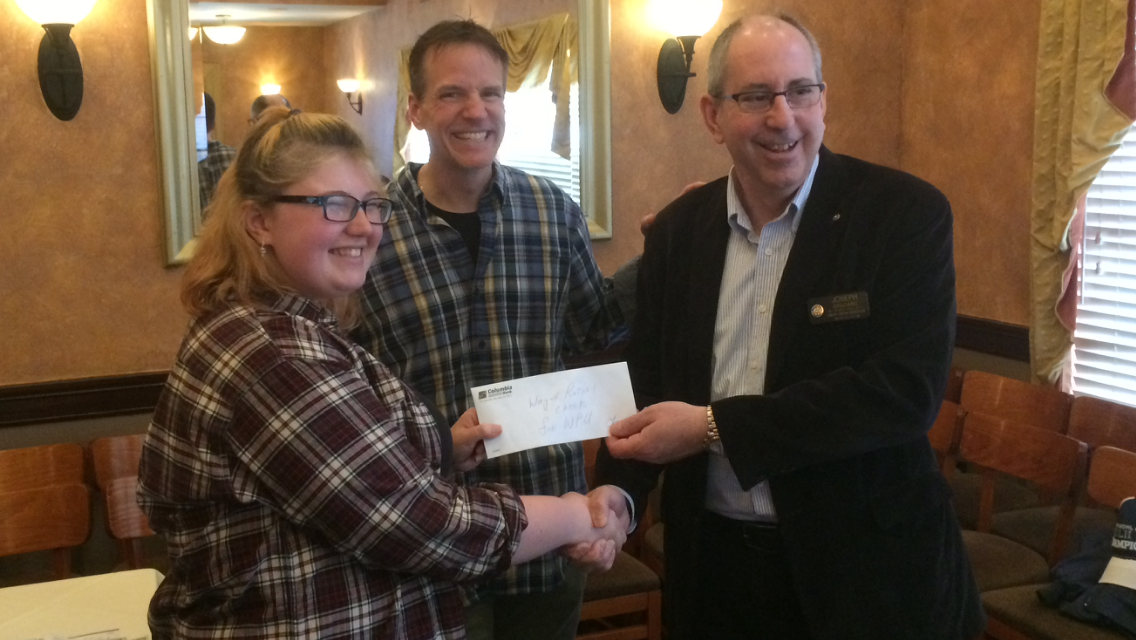 The Rotary of Wayne donated $350 to the WP Music Department for scholarships last week.  There are a few reasons why.  Click on the pic.  By the way, that’s Lisa Bremer on the left, receiving the check from Rotary President Joe Graziano (on the right).  Your Professor, David Kirk Philp, stands awkwardly in the middle, realizing he should have been anywhere but standing awkwardly in the middle of this picture.

We’re making this email shorter this week because of holidays.  There’s a ton of stuff going on.  Make sure you’re looking at Billboard.biz, Music Business Worldwide, Digital Music News, and Music Biz 101 WP three or six times a week to keep up!

The Mastermind Behind Coachella
Click and read this masterpiece by our friend, the New Yorker’s John Seabrook.  We had John in last year to talk about his book, The Song Machine.  He knows the music business and can write about it with a fluidity and eloquence few can match.  Did we tell you to click?  Yeah, we’re doing it again.

Tunecore Starts Offering Artists Online Advances
This is cool.  But don’t start spending money that’s not yours.  Click, read, and understand that they aren’t giving advances to just anybody.  You still have to make some money through sales and downloads before they’ll give you an advance.  And that means you still have to work really hard.  So wake up an hour earlier each day and carpe the heck of of that diem.  You’ll be glad you did.

Click and read this.  She’s quoted at the end as basically stating she doesn’t believe it.  But read anyway.  True or not, there’s a lesson for those of you who think you can pay off all of your debts becaust that one big break is coming right around the corner.

How Synchs & Touring Helped Journey Reach The Rock Hall
Journey was inducted into the Rock ‘N’ Roll Hall of Fame on Friday night.  Read this interview with their manager, John Baruck, who talks about how synch licenses (ever heard “Don’t Stop Believing”?) and consistent touring has kept the band in the public’s eye.  There are lessons here, boyz & girlz.  Learn ’em.

3 Words By Amazon’s Jeff Bezos That Provide A Brilliant Leadership Lesson
Whether you want to lead a band, lead a company, lead a division, or lead your family on a hike, give this quick article a click and a read.  Do you agree with what Bezos says?