What Aretha Franklin’s Legacy Can Mean To You

We lost the Queen of Soul on August 16th.  Her passing may be the start of a new beginning.  How do I mean?  Expect to see, over time, a new industry arise built around the legacy of Aretha Franklin.

Did you know Aretha didn’t have a will?  Let’s make a pact right here and right now, because I can’t believe this keeps happening:  Let’s get a will.  Let’s be prepared for The End so that when it comes, our children don’t fight over the prized rose bushes.  So that a widow who is the same age as the daughter don’t fight over how many more millions one should get than the other.  So that our wishes are taken into account, the wishes we had while we were alive on Planet Earth, not the wishes of a greedy accountant or lawyer who just sees dollar signs in our demise.

Ok, are we square?  We agree here?  Good.  On to the crux of this post, which is that Aretha Franklin’s heirs, whomever they legally turn out to be, have an incredible opportunity to spread the sounds of Ms. Franklin’s vibrato over millions upon millions of future potential fans. 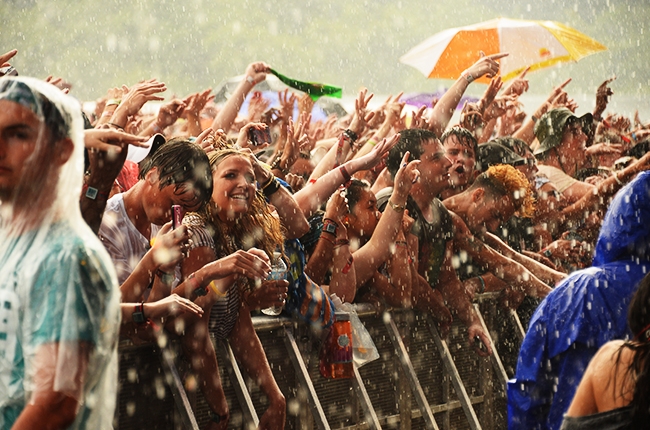 That’s the key here, and it’s something any existing or new band should think about.  It’s the POTENTIAL FANS where the focus of your work should lie.  Once you have your core fan, your super fans, you’re good with them.  Assuming you don’t get arrested for some incredibly reprehensible deed, the super fans are going to stick with you (as long as you keep up with your end of the bargain – making the music and being the You with whom these fans have fallen in love). 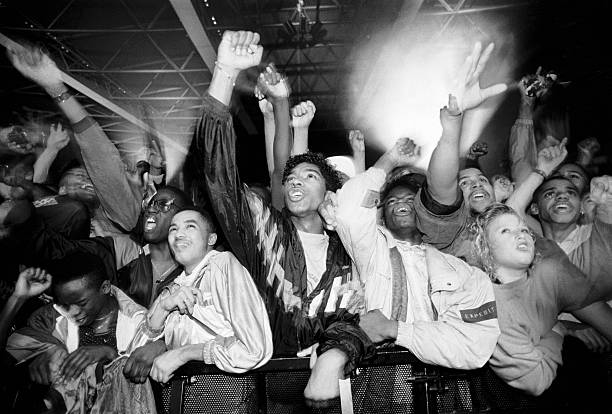 In other words, nobody knows about your new song.  Which stinks, because you want a career as big as Taylor Swift’s or Beyonce’s.  But the good thing is this: All the people who make up the wacky number in parenthesis above are people who one day just might love you the way you currently love Taylor Swift or Beyonce.  These are your POTENTIAL FANS – pretty much the world.

Now, you know that realistically, while every human being alive is a Potential Fan, you’re never going to reach every one of them.  And those that you do reach may think your music stinks.  You put out Speed Death Metal and they like Latin Folk music.  Sure, we all like different types of music based upon our mood, but there are certain types of music each of us just can’t like, no matter hard we try (for me it’s Reggae – and I don’t know why).  So the Potential Fans aren’t really the entire population of the planet.  They’re the people who can be reached and who like your particular type of creative musical output.

And in the article above (click on the title), that’s what Jeff Jampol, a manager of deceased artists, thinks the Aretha Franklin legacy should focus upon.  Here’s a blurb from the article:

The key to building a lasting legacy is bringing new fans—many of whom may not have been born when Franklin was at her peak— into the fold, as the estates of Jim Morrison, Kurt Cobain, Elvis Presley, and Michael Jackson have done. That means finding what about Franklin appeals to a younger generation. “You figure out what that magic is and what Aretha means and stands for and you carve credible bridges to 11-to-40 year olds,” he says. “Pat Boone had a lot more gold records and hit singles than Jim Morrison ever did, so why are 12-year olds not discovering Pat Boone instead of Jim Morrison? It’s not just about the music.” 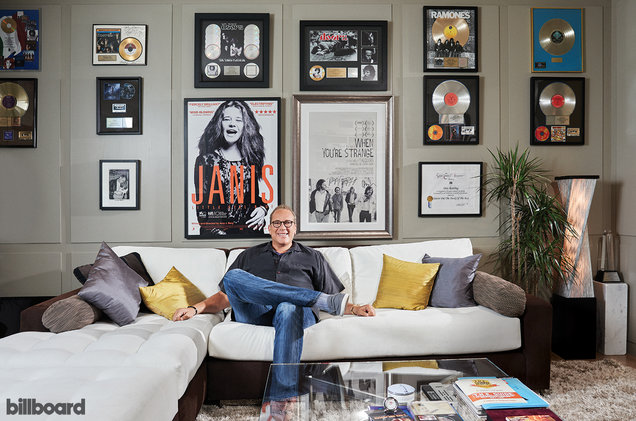 (The guy above is Jeff Jampol.  Look him up HERE.)
This brings us to this quote:

“I don’t care what a 62-year-old thinks about [a Franklin] documentary or a shirt design,” Jampol says. “I care what a 15-year-old plumber’s daughter in Dayton, Ohio thinks… The existing fans are a gift. If you are true to the story about what really happened without whitewashing and spinning it, you will get the existing fans. The job is to market to the [younger] audience.”

For the DIY artist who is unestablished, your job isn’t to necessarily market to a younger audience.  Your job is to market to anyone not named Mom, Dad, Uncle Frank or best friend Tanya.  You have to get beyond the obvious “low-hanging fruit,” which are the people who you can count on when you really, really need someone to attend one of your shows.  How can you expand those 3 to 5 people who attend a show?  Here are some ideas:

1.  Sit down and write out a list of everyone you know.

It’s easy to keep going to the well and asking the same 3 to 5 people every time you have a show.  What you need is a list of 35 to 50 people whom you can ask every time.  You know most of them may only go to one show a year.  But you have to market to the expanded list so they DO go to at least one show a year.  Make a list of 50 people.  That can conceivably be 50 tickets you sell over a 365-day period.    Multiply that by the 5 people in your band.  You have now sold 250 tickets.  That sells out, or very nearly sells out, lots of small clubs in your market.  Sure, that’s broken up over all the shows you play in a year, but it’s a start. 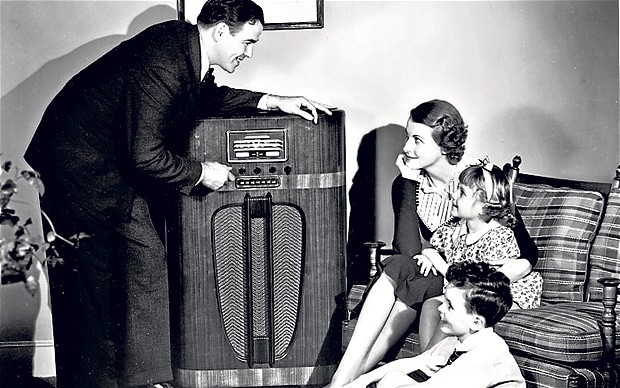 (Me this summer explaining to my family about Music Biz 101 & More.)
When I was in radio, the rule of advertising was to hit the listener at least 7 times with an advertisement in order for them to know your company/service existed, in order for you to be top of mind.

That same concept applies to artists.  You have to market to even your best friends constantly.  Now, don’t be a jerk and only talk about your shows.  We have a narcissist in the Oval Office.  You don’t want to be like that.  But it is important that your friends, your neighbors, your cousins, your co-workers, know that you have a show, or multiple shows, coming up and they should go.  And if they can’t (or won’t) go to this big show, make sure they know about the next one.  And the next one.  Eventually, they’ll probably go to one.

If your music is good and your live show is even better, and the atmosphere that you created at the venue was fun and exciting, some of those people might come back.  That’s what you want.  Get ’em in once, sell them on how great you are, and they’ll come back at some point.  But…  The only way to increase your odds is to make that list of 35-50.  Yes, it’s a pain in the tush.  It’s not exactly fun and it might take you 15 minutes.  But THIS IS YOUR CAREER!  IT’S NOT GOING TO BE EASY!!!

Bonus:  If you one day you want to try out crowdfunding, you already have your Top 50 list of people who you think can be slam dunk folks who will donate $1 or $5 or $50 to whatever you’re trying to raise money for.  Today’s work helps you exponentially tomorrow. 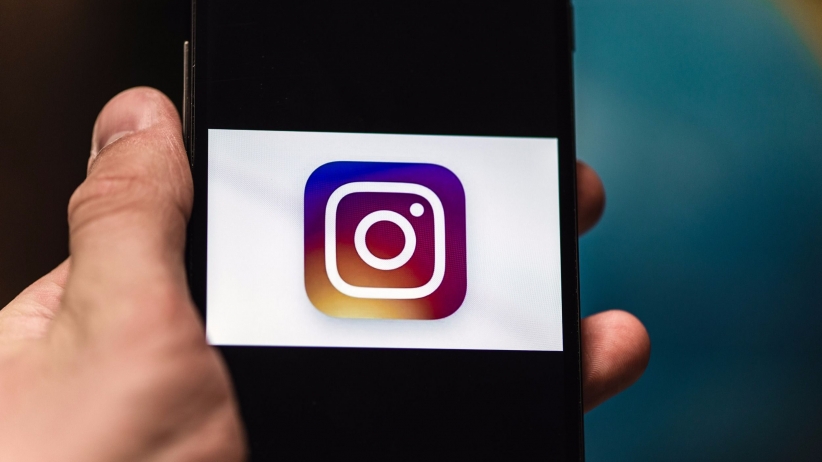 Or text them.  Or email them.

Don’t just rely on Instagram Stories.  Don’t just rely on a tweet or Facebook post or Snapchat Story.  Fans love the one-to-one relationship they can have with bands.  It is the fool who believes that s/he is above speaking directly with fans.  Just like your first stop after a show should be talking to fans at the merch booth (can somebody else unplug your guitar and put it gently in the case?), one of your major areas of focus before the gig should be going to those 100 or 300 or 2,000 followers on Instagram or fans on Facebook and reaching out to each one individually.  Yes, this is a time-suck.  Yes, it is tedious.  Yes, it is not fun.  Yes, it hurts your neck.

But it can work!

At worst, the fan won’t reply.  So what?  You lost nothing.  At best, they’ll say, “OMG!  Yes, I’m going!!”  In the middle, which you’ll get a lot of, you’ll see messages like this: “Sorry I can’t make it this time.  But I’ll go to the next one!” (imagine lots of emojis in there too) or this: “I live in Baltimore!  Tell me when you come down here and I’ll bring all my friends!”

Now you know you have a fan you can reach out to in Baltimore and you won’t forget because you made a note of this in a new spreadsheet you created to keep track of fan reaction.  Right? 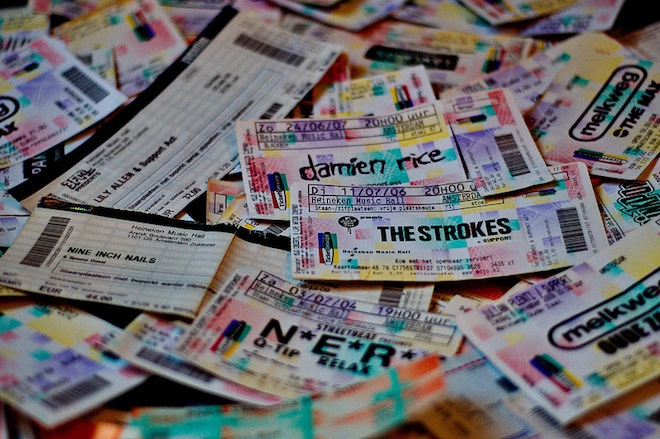 We’ve heard easy contests on the radio forever.  “Be the tenth caller and win XXXX.”  If you’re doing a gig at a pay-to-play location, buy the 6 or 10 or 15 tickets and give them away in a contest.

“I don’t have the money to buy 10 tickets for every show.”

If you’re in a band, you guys do.  Skip Starbucks or Dunkin Donuts for a few days and devote those monetary resources to the tickets.  (By the way, I’m not a fan of pay-to-play, but it’s what the DIY landscape offers, so either deal with it or quit.  Your choice.)

Usually, tickets are $10 in advance.  Buy the $100 of tickets and give them away.  Your band is a business.  Your business should have $100 to market itself.

3 B.  Another idea:  Pay It Forward.Tell a fan or friend “I will buy your ticket.  Now you take the money you were going to spend on your own ticket and buy a friend’s ticket.  Then ask them to do the same.”

It’s making a chain of ticket buyers through your initial $10 investment in a friend’s ticket.

If your band gets 70% of the door and earns $200 for the night, you just made that $100 back AND, even more important, you have $100 for the next gig to rinse and repeat.  If you keep the $100 in the kitty and calling it your ticket expense, you don’t have to worry about coming up with a hundred bucks for every gig.  Let that $100 keep circling around, paying for the pay-to-play bullshit, coming back in other ticket sales, and then going out again for more pay-to-play bullshit.

If you wake up every day thinking, “How can I get more people to buy tickets to that next show?”, you’ll have a much better shot at selling more tickets and making new fans and selling some t-shirts and getting some streams and getting past your original list of 35-50 people.

Your ultimate goal:  Getting that original list of 35-50 people to turn into a list of 350 to 500 people (or other multiples of ten).  The more fans you can market to who have a connection to you – either through blood, friendship, or emotion – the better the chance of more coming.

What ideas have worked for you?