Listen to “A Christmas We Deserve” by WP alum Rob Fusari, who’s had #1 hits and won Grammy Awards and styled his hair in odd manners.  The song was co-written with ABC’s Martin Fry.

Nyet, says the angry Russian tea cake (that’s a cookie made exquisitely by your author’s mother).  ABC, from the UK (that means United Kingdom to the geography-impaired), sported many a hit in los 1980s.  For example, here are a mouthful for you to digest.

ABC was a big band.  Read THIS for some background.  Then read THIS to see their discography.  They were HUGE in the 1980s/MTV era.  It’s interesting how the chart positions for some of their U.S. singles, like “Poison Arrow” and “The Look of Love” don’t truly reflect how many times MTV played their videos.

Now, kiddies, that you’ve gotten some background on this band, are you a wee bit more impressed with our Rob Fusari’s accomplishment?  Rob, you should know, got to tour with ABC in fall, 2016 in the United Kingdom.  Here’s a pic of him on stage with his kee-tar. 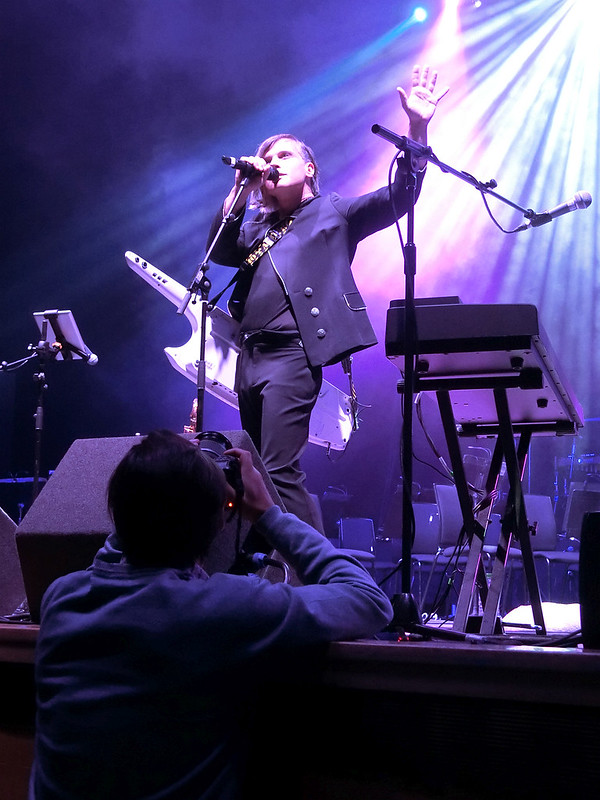 Want a quick back story on how “A Christmas We Deserve” was written?  Look below.

Congrats to my pal and William Paterson University Music Biz alum Rob Fusari for co-writing “Christmas We Deserve” with hitmaker Martin Fry of ABC. Rob even plays on the track. 🎹🎹🎹🎹🎹🎹🎹🎹🎹🎹🎹 How did he get the gig? Martin said, “I need a Christmas song.” Rob asked when. Martin said, “Now.” Within 24 hours, the song was written. Rob did the music and Martin the lyrics. You can tell Martin’s from the UK, can’t ya? Nice work. Give Rob some love ❤️ in the comments below. He likes you too. Link to the track in our bio.

Oh, Rob will serve as musical director for “I Want My ’80s – The Best of MTV’s Early Years” at William Paterson University on March 24, 2016.