This Is Radio Nowhere – Is There Anybody Alive Out There?

I’ve told this story before.  When I worked in commercial, terrestrial (the free, over the air kind) radio for 3+ years, there was concern about a potential bill in Congress that would force broadcast/terrestrial radio stations (or their big parent companies, like iHeart Media and Entercom) to pay a sound recording royalty to labels and recording artists.

“Call your congressman,” my sales manager said.  “Tell him you don’t want this.”

Why not?  Because this royalty would be an additional cost to radio stations.  This royalty would hurt local radio.  Costs would skyrocket.  Jobs would be lost.  Quality would suffer.  Dogs and cats would mate.  It was going to be hell, a living hell.

Hell didn’t take place because nothing happened.  Radio’s leaders pressed Congress hard to keep the status quo in place (just like what’s going on right now).  Thus, the airwaves stayed free for listeners and free of this new sound recording royalty for the royals in the big towers of billion dollar companies.

Meanwhile, on a thing called THE INTERNET, a royalty for sound recordings had been established.  SiriusXM had to pay up.  Pandora had to pay up.  Labels and recording artists had a new revenue stream.  As Kiss Business Manager Aaron Van Duyne said last week to a class at William Paterson (here comes a paraphrase because I was looking over his shoulder at a super moon and only paying 94% attention to this brilliant man), “I have artists earning hundreds of thousands of dollars a year just from SoundExchange.”

Let’s take a quick step back. 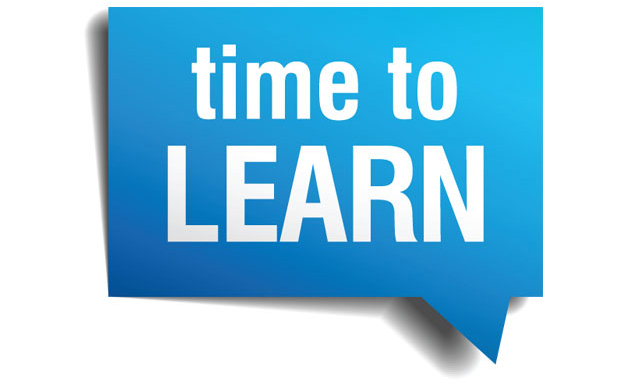 Radio has been paying a public performance royalty to performance rights organizations (PROs) since the 1920s.  That’s almost 100 years to you and me.  This royalty is paid equally to music publishers and songwriters.  In 2017, ASCAP, the oldest of the four main PROs, distributed over $1 billion to their members for the first time.

This is fair.  Songwriters write songs.  Publishers generally own the copyrights.  This is a use of intellectual property that deserves a payment.  Otherwise, a huge incentive for humans to create goes away.  That’s a purpose of copyright, to give protections to creators so that people can keep creating.

Fun Fact:  Radio has paid out billions of dollars over the years to songwriters and publishers.  Awesome!

Un-Fun Fact:  Radio has paid nothing to labels and recording artists.  Zero.  No royalty is paid by broadcast/terrestrial radio to the people on the recordings that they’re playing over the air.

Evil Fact:  The U.S. is one of a small handful of Axis of Evil countries not to pay this; others include China, Iran and North Korea.

Clarifying Fact:  When broadcast radio streams their content over that INTERNET thing, they DO pay a royalty to labels and recording artists, and that royalty is collected by SoundExchange.  Through the 3rd quarter of 2018, SoundExchange had distributed over $600 million in royalties to its members.

The argument, of course, by labels and recording artists is that broadcast radio should pay the same type of royalty that internet and satellite radio stations pay.  Why not?  Radio sells billions of dollars of commercials each year.  Without music, radio wouldn’t exist.

Radio’s argument is that they’re giving so much exposure to these artists.  The value is immense.  “We’re breaking you into the mainstream,” says well dressed radio person.  “Without us, your career wouldn’t exist.”

But radio is facing a major problem.  Their core listeners are getting older.  Read THIS from last week’s Rolling Stone.  The youngin’s are teaching the oldsters how to stream.  And since they aren’t streaming from radio’s iHeart app, where do you think the parents are learning from where to stream?  They’re streaming Spotify or Apple Music.  Maybe event Amazon Music’s service, which, if YOU READ HERE , will be the streaming service with the most growth in 2019.

Radio likes to drink its own Kool Aid.  If you read their trade publications, the headlines post weekly about how strong radio is, how deep into households its penetration is, how radio is the place for advertisers to put their dollars (GEICO and Home Depot use radio religiously on a national basis; there has to be some validity to this advertising claim).

But I believe radio should be afraid.  Very afraid.  I believe the boardrooms should be full of people looking beyond Nielsen ratings (FYI – Nielsen bought Arbitron in 2013) and staring right into the eyes of high school and college students.  Because those kids are the future of radio.  And guess what – those kids aren’t listening to radio.

I used to work for Universal Music Enterprises, a catalog division of the Universal Music Group whose mission was, and still is, to exploit the vast UMG trove of songs and license them to 3rd parties or manufacture custom CDs that could be sold or given away by clients like Razor & Tie, Time Life, Starbucks, and Reader’s Digest. 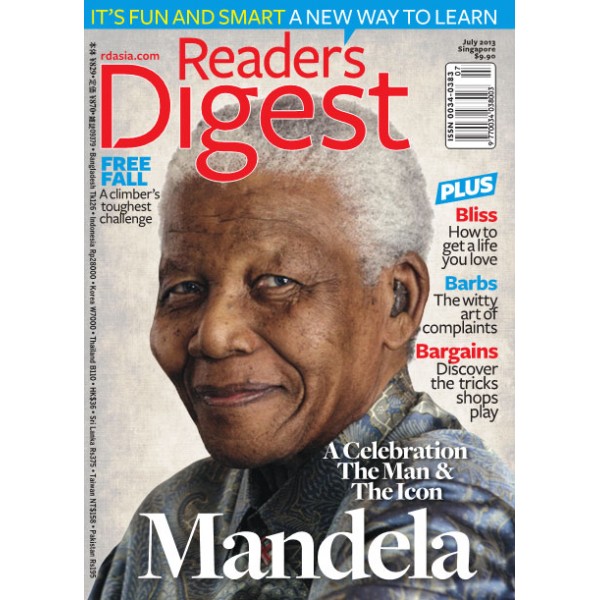 Reader’s Digest was a magazine that also published a series of music CDs.  They had been a big client for UMe at one point.  By the early-2000s, business was dropping precipitously (that’s a fancy word for “really fast, man”).  This account was becoming one with kind of an also-ran status, one that we in sales would have really wanted in the past but no longer cared for.  The workload was the same for smaller orders and less money.  Why?  Their audience, at the time, was literally dying.  It had a very old subscriber base.  At this time in their life as a company, they hadn’t regrouped, hadn’t changed with the times.  It was heading for a cliff.

Ironically, this was at the same time that the recorded music industry was jumping in the car with Thelma & Louise and driving fast into its own abyss.  The majors held hands, closed their eyes, stepped on the gas and screamed that everything would be fine.  Just charge more per disc, sue the people doing the illegal file sharing (these were the customers of music – it’s never a good thing to sue your customers, who ultimately have the most power in a relationship), stifle the ability of start-ups to come up with solutions, and ignore, ignore, ignore.

Radio is doing the same thing.

Technology is quickly outpacing traditional broadcast media.  Sure, Rush Limbaugh and Howard Stern still have huge audiences.  Nash FM?  A centrally-programmed country format without local flavor?  In New York, its Nash FM affiliate officially changed its name last week to New York’s Country 94-7.  It wouldn’t change its name unless it had to.

Going local is still a major reason for people to listen to radio.  Sports, weather and traffic together still matter to people in the car, only not as much as past, however, if you have the WAZE app or Google Maps, which can navigate you around that traffic tie up in real-time vs. having to wait another 7 minutes for the dude in the helicopter to possibly talk about your jam on the highway lit up by red taillights.

Recently, I heard a high ranking major label maestro state that Alexa in the car will be a big deal.  A really big deal.  Once Alexa is installed and used, traditional radio will really have a problem.

Radio ownership and smart speaker ownership are heading in different directions, if you read THIS.  Here’s a little taste of information from the link you probably didn’t click upon:

Remember those high school and college kids that I wrote radio should focus upon?  I can tell you this: The kids aren’t listening to AM.  They’re not listening to traffic and weather together because they know their apps and aux combo (sounds like something we’d order at a restaurant) is more effective.  And the weather is what they see out the window.  If it’s raining, they don’t need Craig to tell them.  Because they don’t give a hoot (pardon my Francais) about the jet stream or the dew point.  Old people do.  I do.  But I’m not the future of radio consumption.  (I’m really not that old, either.)

Young people want what they want and they want it now.  The days when somebody sits by the radio waiting for the new Phil Collins single (I distinctly remember December, 1989 waiting to hear “Another Day In Paradise” on WNSR – today it’s Power 105.1 – because I loved the song and didn’t have the money for the CD.) to spin are gone.

You want to hear the new Ariana song over and over and YUH! and over again?  Just do it.  Spotify premium is cheaper for students than a CD or an album download.  Listen to whatever you want whenever you want.  Listen to a playlist and fall in love with that style of music.  The history of recorded music is there, at your fingertips.

Can’t type?  “Alexa, play Dancando by Zach Matari.”  And the song comes on.

But will we hear these precise directions?  “Alexa, play Z-100, wait, forget it because of the commercials.  Alexa, listen to me now – play Dawes ‘Something Along The Way’ on Pandora.  Thanks.  Love you.”

Radio has to wake up and get out of its own way.  If it doesn’t, it will be desperately looking for a solution sooner than they care to admit.

Vibe released THIS ARTICLE about how they believe the music industry will change in the next 10 years.  Take a look.  What do you agree with?  Or not agree? (Good find, Dr. Esteban Marcone!!)

Professor David Philp is Assistant Professor Music & Entertainment Industries and Popular Music Studies at William Paterson University. He is the co-host of the only FREE advice college radio-based music & entertainment industry talk show in America, Music Biz 101 & More, which airs live most Wednesday nights and is available as a podcast HERE every night (days too).  Your favorite professor is also co-author (with Dr. Steve Marcone) of Managing Your Band – 6th Edition.  Reach him at PhilpD@wpunj.edu or find him on LinkedIn HERE.  The WPU Music & Entertainment Industries program is ranked one of the best by Billboard Magazine.  Don’t believe us?  Click HERE for truth!