I like to think I keep up with everything.  This past week was crazy with music news.  I’d peruse Twitter.  I’d go to Billboard.biz, then back again later.  I’d see the headlines, click to read the whole thang when I had time.  I’d check out the email newsletters I get from Lefsetz or Jake Udell and listen the podcasts when walking the dog.  I assume I’m in the know.

So how embarrassing was it on Thursday when I sat in on a Dr. Esteban Marcone class in which 300 Entertainment’s Mark Robinson was going to chat about publishing, and Esteban asks the class, “So what happened with Ticketmaster?”  Silence.  Nobody said a word.  “Professor Philp?”  I was suddenly the 19-year old kid sitting in his class 31 years ago.  “I don’t know what you’re talking about,” I said.  It got a laugh.  But I was pissed off at myself.  How could I not know what I didn’t know? And what was it that I didn’t know?

Well, apparently Ticketmaster has some bad apples in its bunch.  At a conference called Ticket Summit 2018 in Las Vegas this past July, a pair of undercover journalists from a Canadian media outlet called the CBC talked to some Ticketmaster employees about scalping. 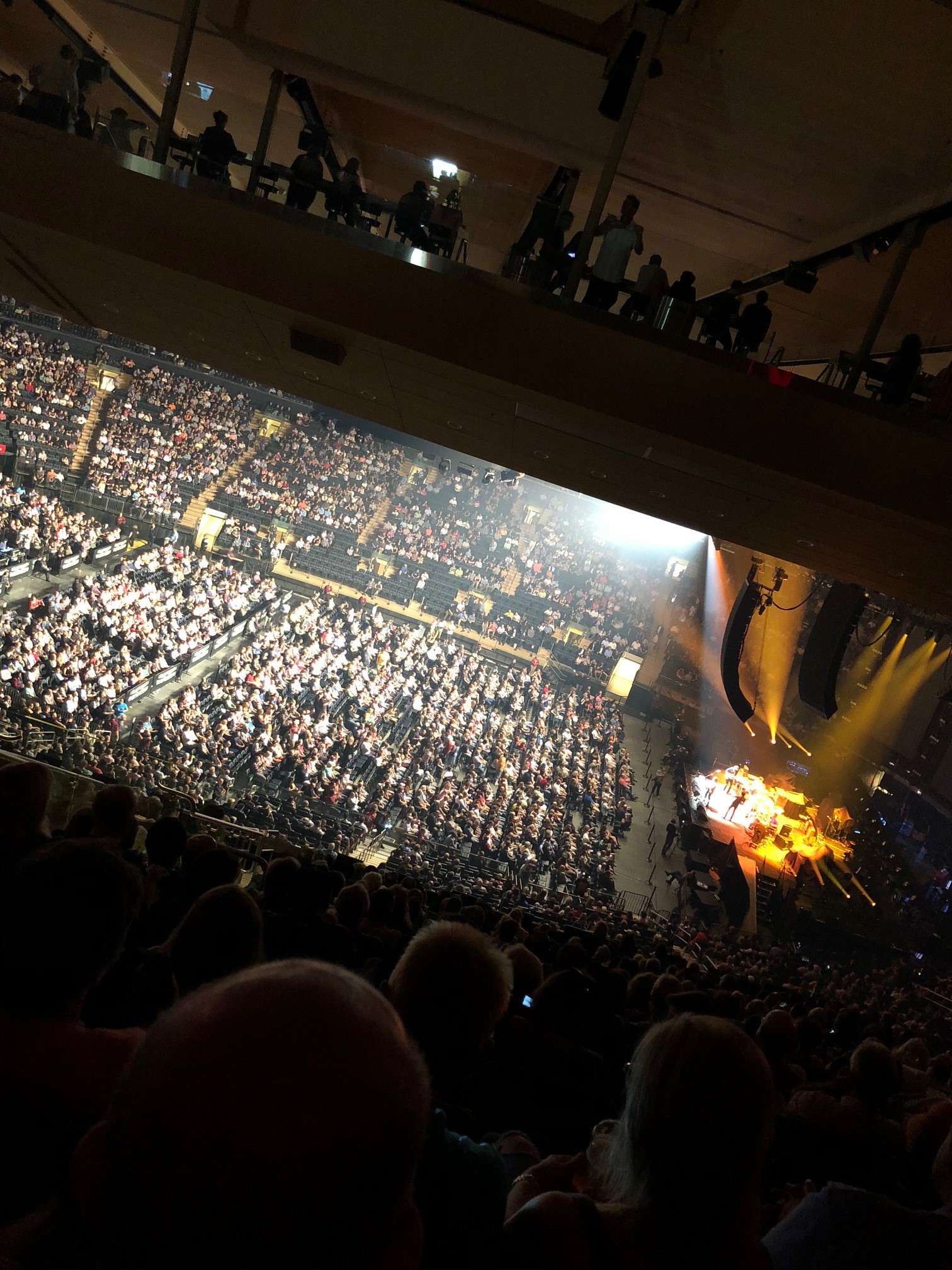 Here’s what the report stated:

Company representatives told them Ticketmaster’s resale division turns a blind eye to scalpers who use ticket-buying bots and fake identities to snatch up tickets and then resell them on the site for inflated prices. Those pricey resale tickets include extra fees for Ticketmaster.

“I have brokers that have literally a couple of hundred accounts,” one sales representative said. “It’s not something that we look at or report.”

Ticketmaster is a massive company owned by Live Nation, the world’s largest concert promoter.  Consumers, in general, don’t like Ticketmaster.  There’s always a complaint about the fees tacked on to the base price of each ticket.

Consumers also hate scalpers, especially the sophisticated scalpers who use high tech software to buy up tickets as quickly as they can go on sale, jacking up prices on the secondary market and blocking fans from the best seats at the best prices.

More from the report:

Ticketmaster has developed a professional reseller program and within the past year launched TradeDesk, a web-based inventory management system for scalpers. The company touts it as “The most powerful ticket sales tool. Ever.” 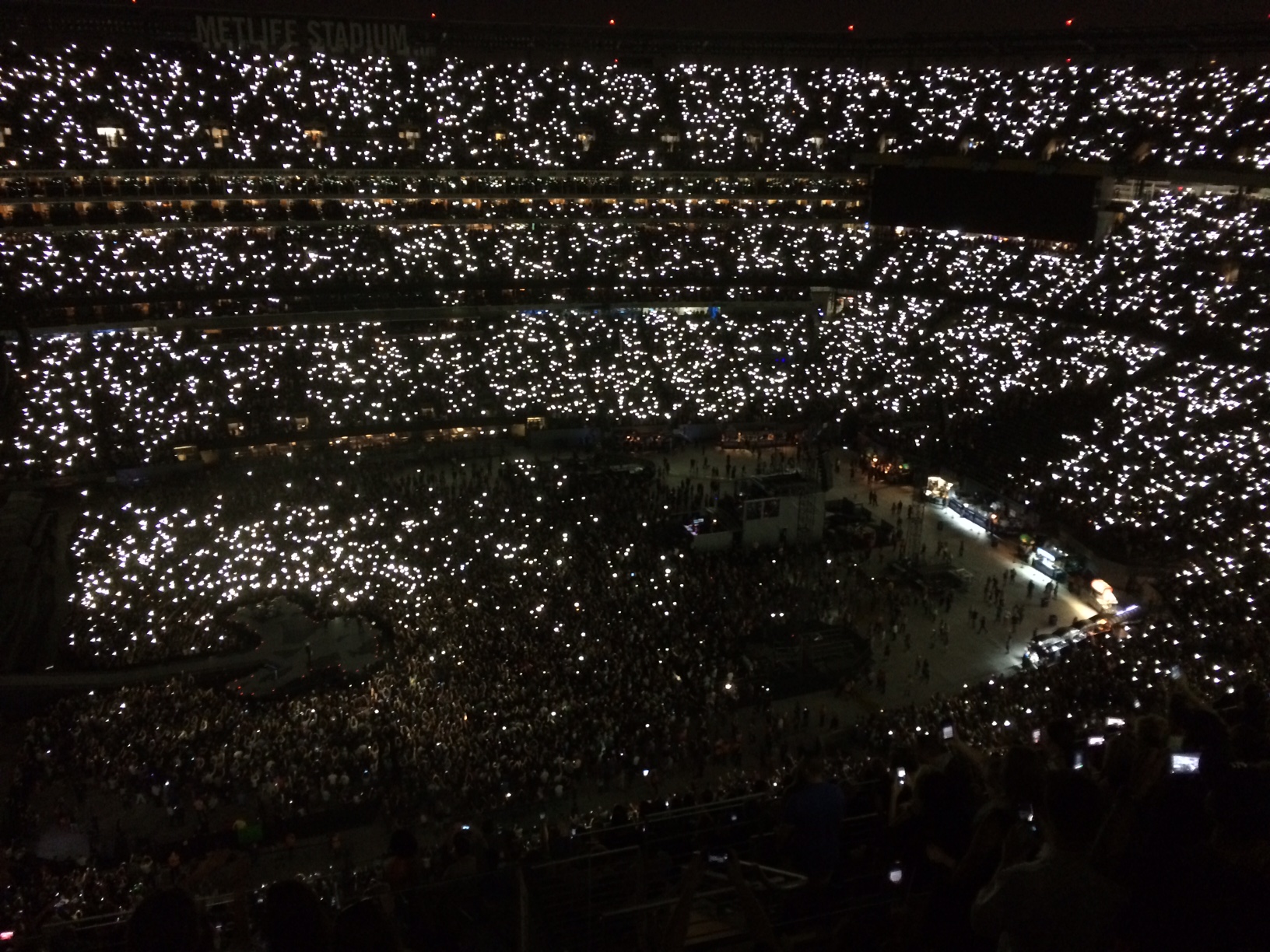 The main issue consumers will complain about is that Ticketmaster, allegedly, is double dipping on fees.  It collects its fee (which, to be clear, doesn’t fully go to Ticketmaster – fees can also go to the promoter, the building, and artist), then, at resale, collects a second, higher fee (because the resale price is so much higher than the ticket’s face value).

Like a quote from the article: “It does seem a bit stinky, doesn’t it?”

Read the original report HERE.   It includes video, so your eyes won’t get tired from reading.

Marcone got his news from Bob Lefsetz, who, if you haven’t been keeping up, has suddenly created a mini-media empire for himself (podcast, SiriusXM show, conference host).  Lefsetz has a few thoughts, which you can read HERE, but these thoughts are nothing new from him.  He thinks concert tickets are priced too low.  He says the scalpers get what people are willing to pay and that if the promoters/Ticketmaster/artist priced the tickets that high in the first place, the scalpers would be out of business because scalpers would just inflate ticket prices to the point where people really couldn’t afford them.

I don’t know if I agree with this.  It appears logical, because the secondary market is so strong, but I believe that if tickets go any higher, many fans (especially the younger ones, like high school and college students) will be priced out.  As it is, I would argue that the market may already be priced too high.

I wanted to go see The Eagles next month.  Best price I saw was over $400.  I’d rather pay my mortgage.  A college kid would rather pay for a tattoo.  Or tuition.

So many one-time middle class goods and places are now over priced for the middle class.  If my mother didn’t already own a condo in Cape May, my wife and kids (and me) wouldn’t be able to go there on vacation each year.  It’s gotten too expensive.  In fact, all of the restaurants down there raised prices 20% before the summer started. 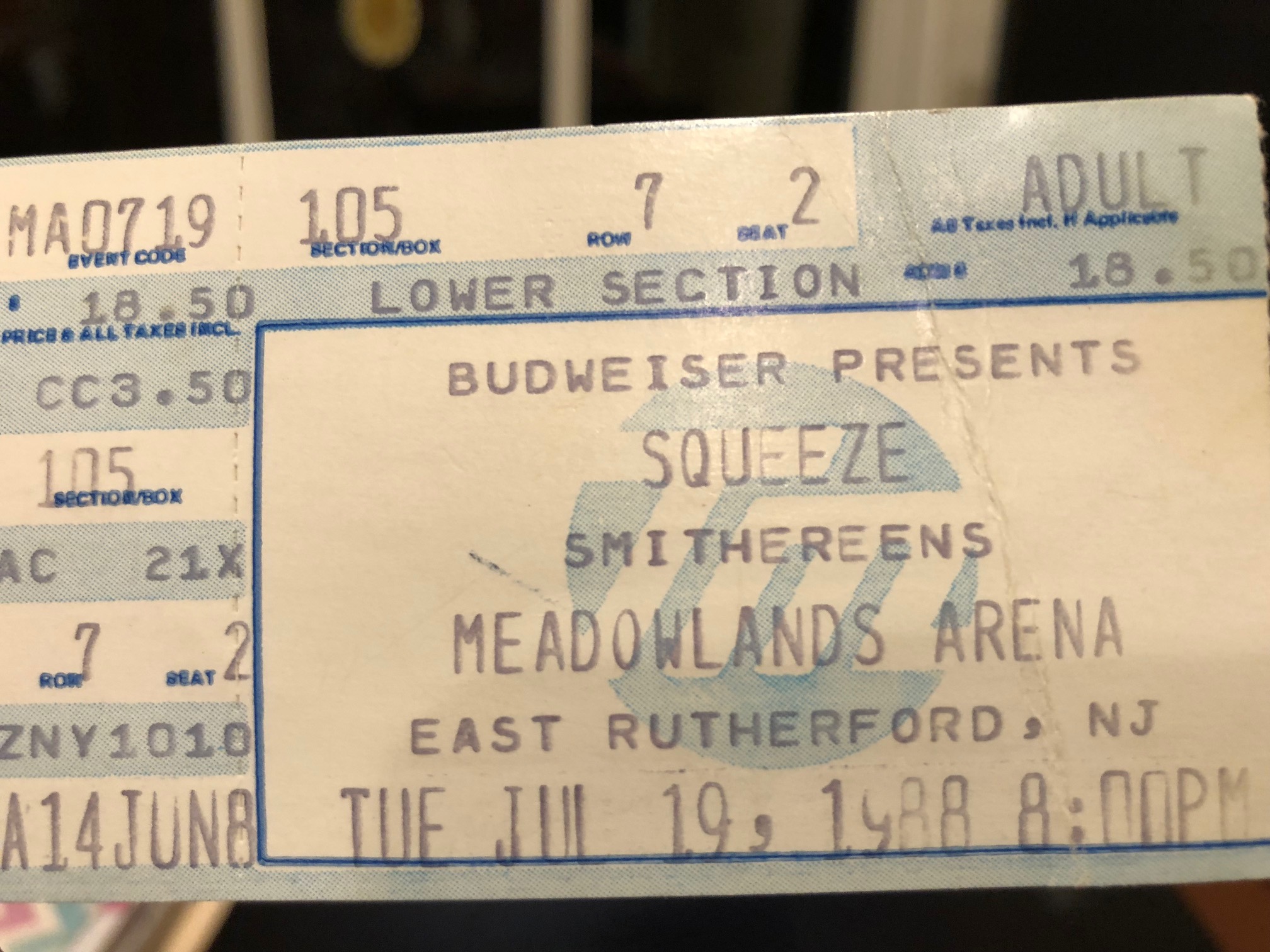 My wife wanted to replace a window in our house.  She had somebody from Pella (which have never been exactly cheap windows) come to our house.  It wasn’t a giant picture window.  It’s about three feet wide and four feet high.  Just to get Pella in to start to work would be $800.  The window cost $800.  We’d be out $1,600 for this little thing I look through first thing in the morning.  “The pricing has changed,” the woman said.  “No sale,” I said.

If this happened with all concert tickets, as Lefsetz suggests, you’d be talking about $50 to see Dawes at the Count Basie Theatre instead of an affordable $30 (this is before the fees).  Classic Rock bands like ELO would be charging $250 for nosebleeds instead of $115 (before the fees).  I tend to think that bands would run out of audiences more quickly, especially if the “cheap seats” aren’t really close to cheap anymore.

The point is, concert tickets are already expensive and scalpers help them go higher.  For Ticketmaster (and the others who may share in this alleged double-dip of profits) to help the scalpers raise the price is disingenuous.  People in ticketing like to say, “We want to sell the right tickets to the right fans at the right price.”  What do you think they mean?  With this new scandal, it seems that the right fans are the ones who can afford to pay scalpers.  The right price is the highest price they can get.

What really is the right price?  Ticketmaster knows.  They’re software is so good, their analytics so precise, their historical information so complete, that they could most likely offer the perfect price to consumers.  But that means the promoter and artist would need to agree with them.  It’s hard to get Bruce Springsteen to sell to his fans a $1,500 ticket when his brand screams working class. 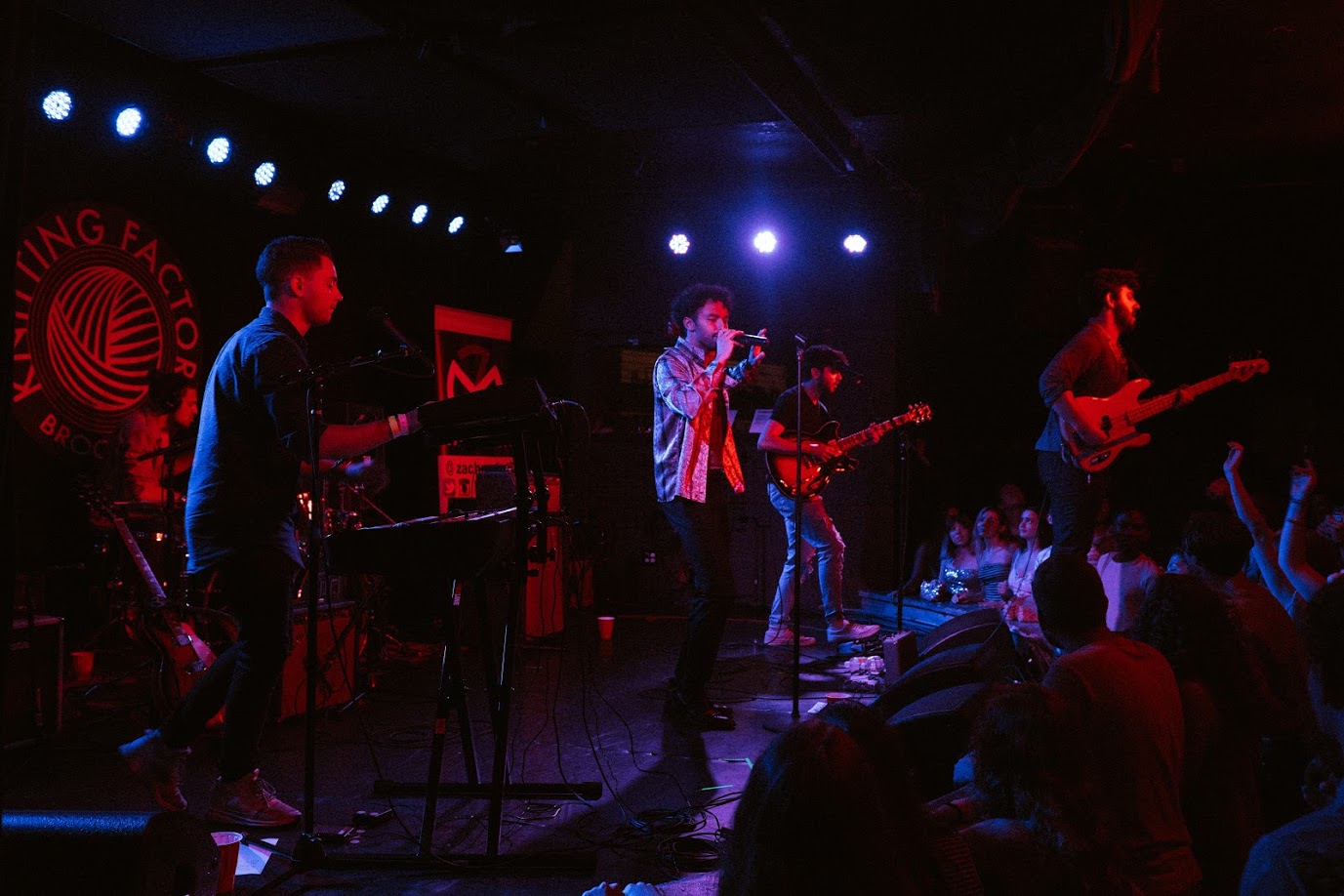 Will this story matter?  I wonder.  If you read this Billboard story about it or the CBC story, you have to already have some sort of background in the industry to truly get it.

It’s complicated, keeping track of software and companies and how they work together.  I watched the NBC News story on TV when it first aired and I didn’t fully understand what Ticketmaster did.  If it’s this difficult to comprehend, will anyone in Congress try to get it?  They’re the ones who make the laws.  Since it looks like the Music Modernization Act is going to become law, will the big dawg elected officials want to focus on the music industry again?  We have midterms and then, possibly, a split Congress with the Dems in the House and the Republicans in the Senate.  With a Republican wild card president and the big 2020 election not too far off, I don’t know if this is a story that will go much further than today’s news cycle and class action lawsuits.

But we, the ones in the biz or studying the biz, should keep an eye on what goes on.  This is more than a current event that dies deep in a chronological newsfeed.  This is a multi-billion dollar live industry in which one company (Ticketmaster) owns an 80% market share in its primary business.  The power lies with who holds the money.  Let’s not forget who we are today and let the world price us out.

Professor David Philp is Assistant Professor of the Music & Entertainment Industries and Popular Music Studies at William Paterson University. He is the co-host of the only FREE advice college radio-based music & entertainment industry talk show in America, Music Biz 101 & More, which airs live most Wednesday nights and is available as a podcast HERE every night (days too).  Your favorite professor is also co-author (with Dr. Steve Marcone) of Managing Your Band – 6th Edition.  Reach him at PhilpD@wpunj.edu or find him on LinkedIn HERE.