None of this could have happened without the generous sponsorship of Christine Vay’s Vay Wealth Management and Aaron Van Duyne’s White Hat Management/Van Duyne, Bruno, Inc.  This is them below.  Click on their pics to be taken to another world (or website):

At the convention, the WP students put together 26 podcasts/Music Biz 101 & More radio shows.  You can find the podcasts easily on our SoundCloud page HERE (you can also subscribe to them HERE on iTunes or access them on Stitcher Radio HERE).

The support of these sponsors and the MEIEA grant help subsidize the costs for the students’ hotel and airfare, which was helpful since the students also registered for a special class called The Nashville Music Biz.  Here’s a pic of all of the students in front of the interview room provided by the Music Biz convention (thanks, President Donio!!):

In the class, which was divided into two sections, an MBA class and an undergraduate class, students learned about getting past gatekeepers to pitch people of interest on an idea.  In this case, the students chose attendees of the Music Biz convention and pitched them for an interview on the Music Biz 101 & More show.

Upon returning to the Garden State, the students got back together and edited their interviews, uploading them to SoundCloud (which automatically uploads them to iTunes) and also writing blog posts, which, when published, automatically upload the podcasts to Stitcher Radio.  If you go HERE, you’ll see the blog posts that the students put together.

In between, these awesome WP Music Biz students got to meet artists as varied as The Monkees, Cheap Trick, and Little Big Town while networking with students from other schools and scores of industry execs.  A handful of people the students interviewed include:

From labels to live, from data to publishing, from DIY to A&R, the students were exposed to a tremendous amount of information on a first-hand basis.  Here are some pics from the interviews:

Before the interviews, Philp and Marcone were part of an educational panel with InGrooves’ Donna Ross (she’s great, by the way – listen to our podcast with her HERE), Gloria Green and Stacy Merida from Middle Tennessee State University, and John Butler of Curb Records.  See pics of the educational antics (which got rave reviews, by the way): 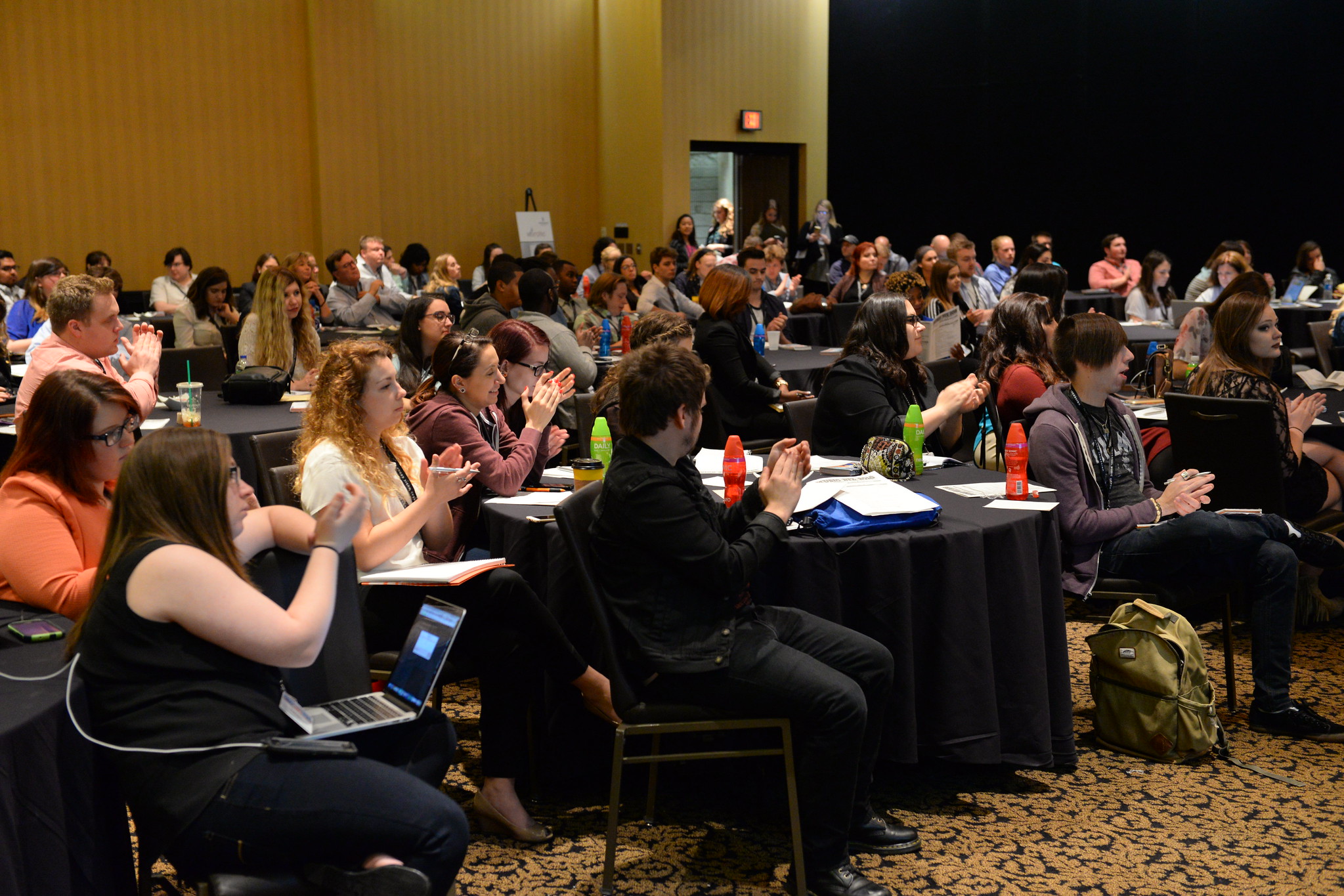 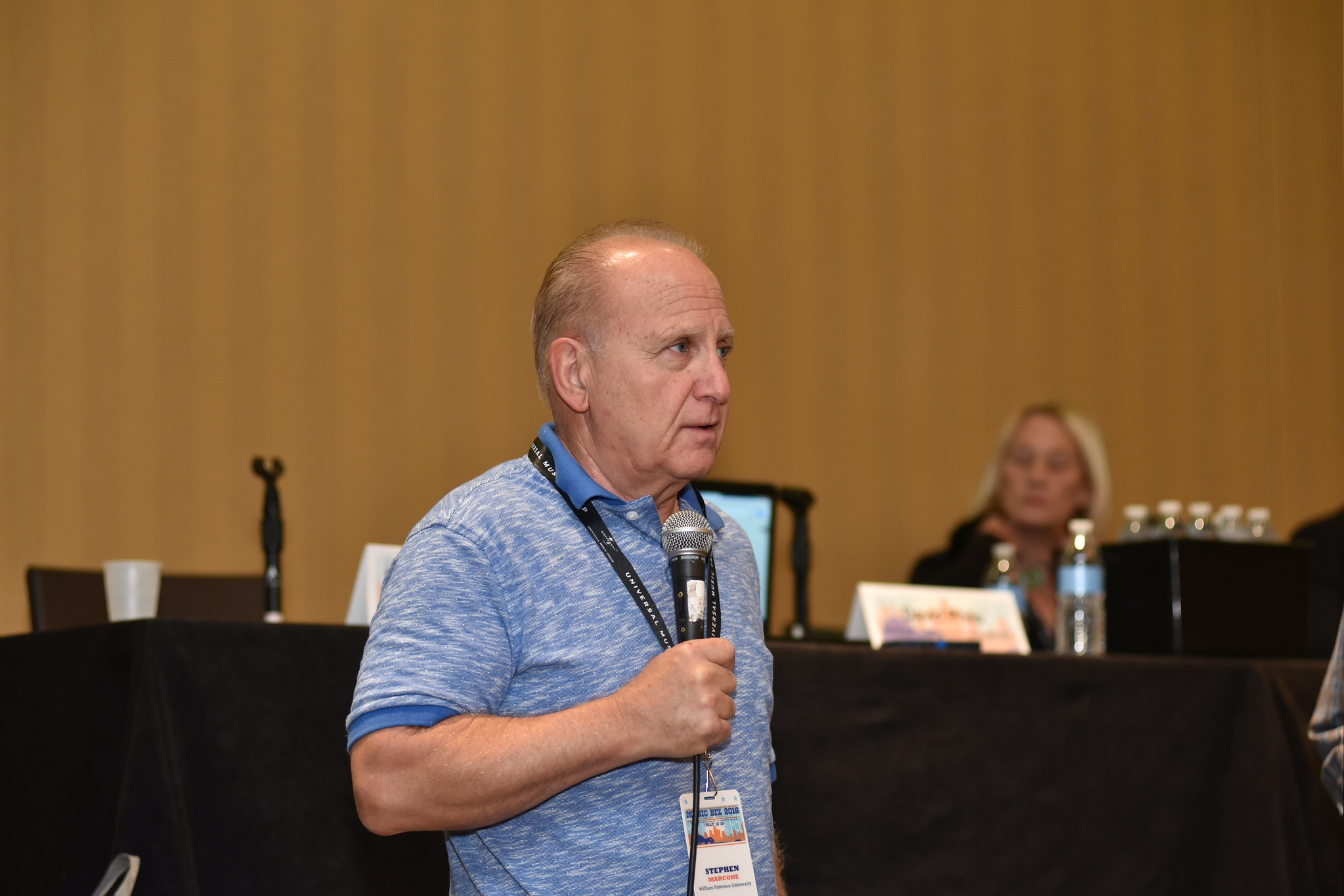 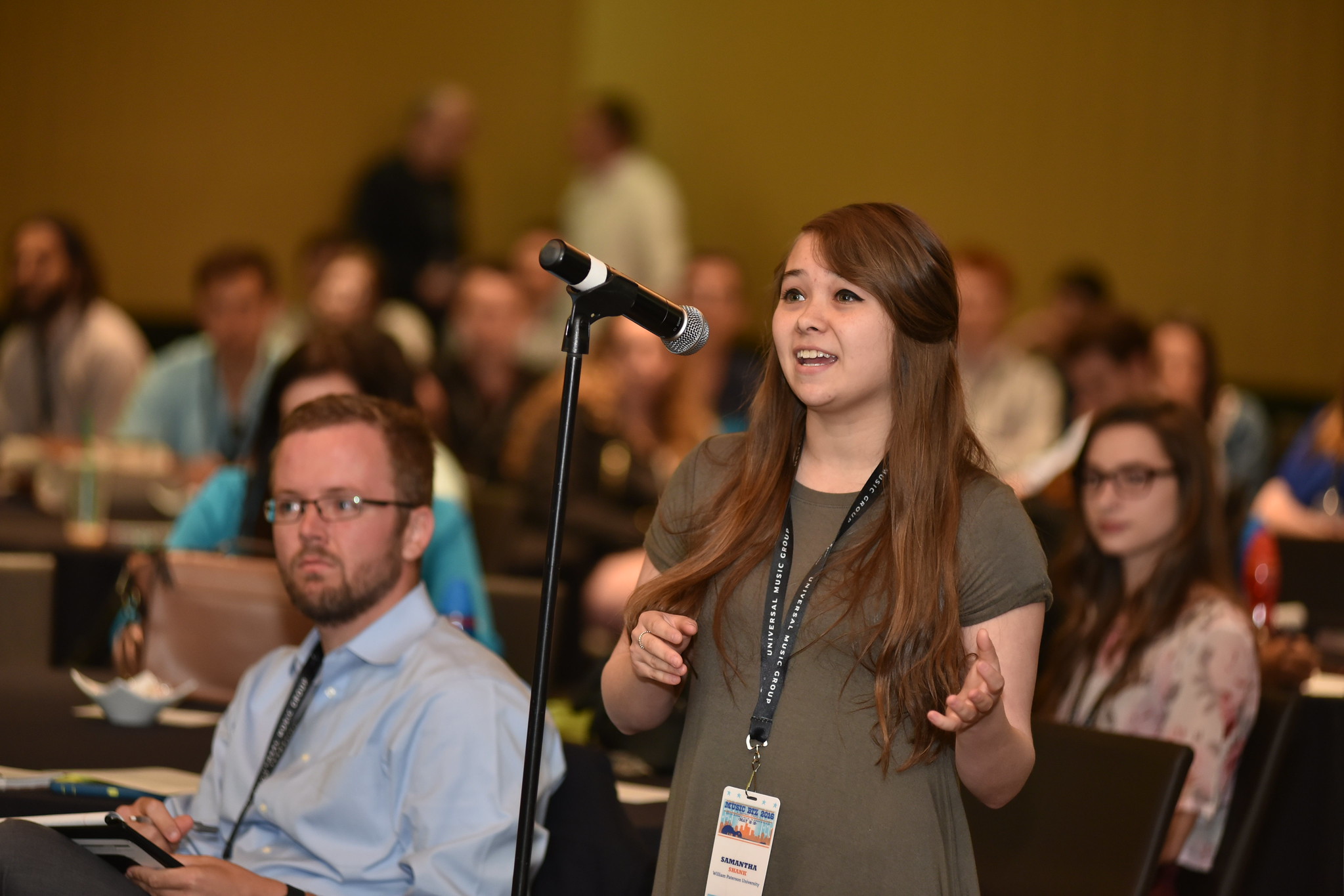 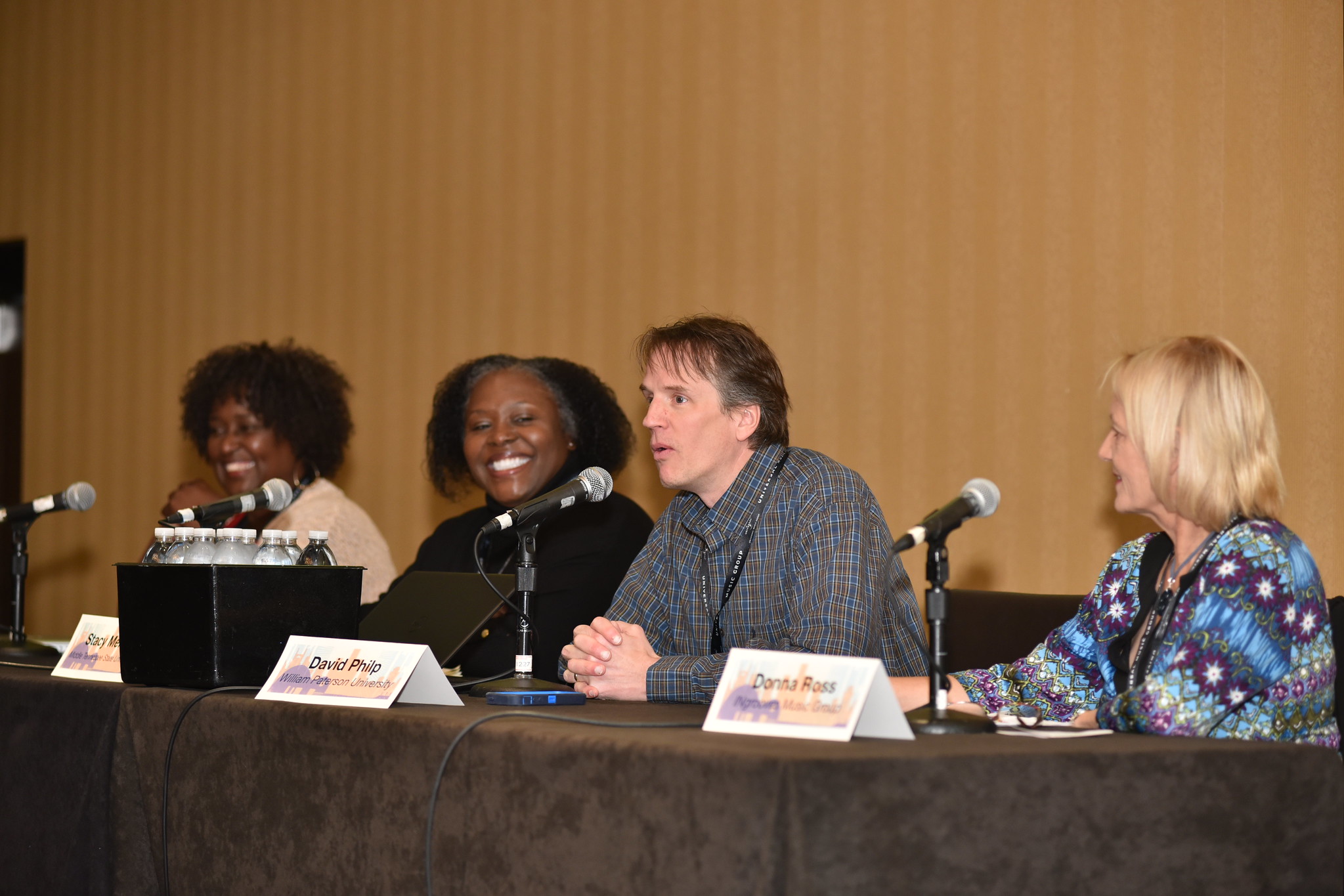 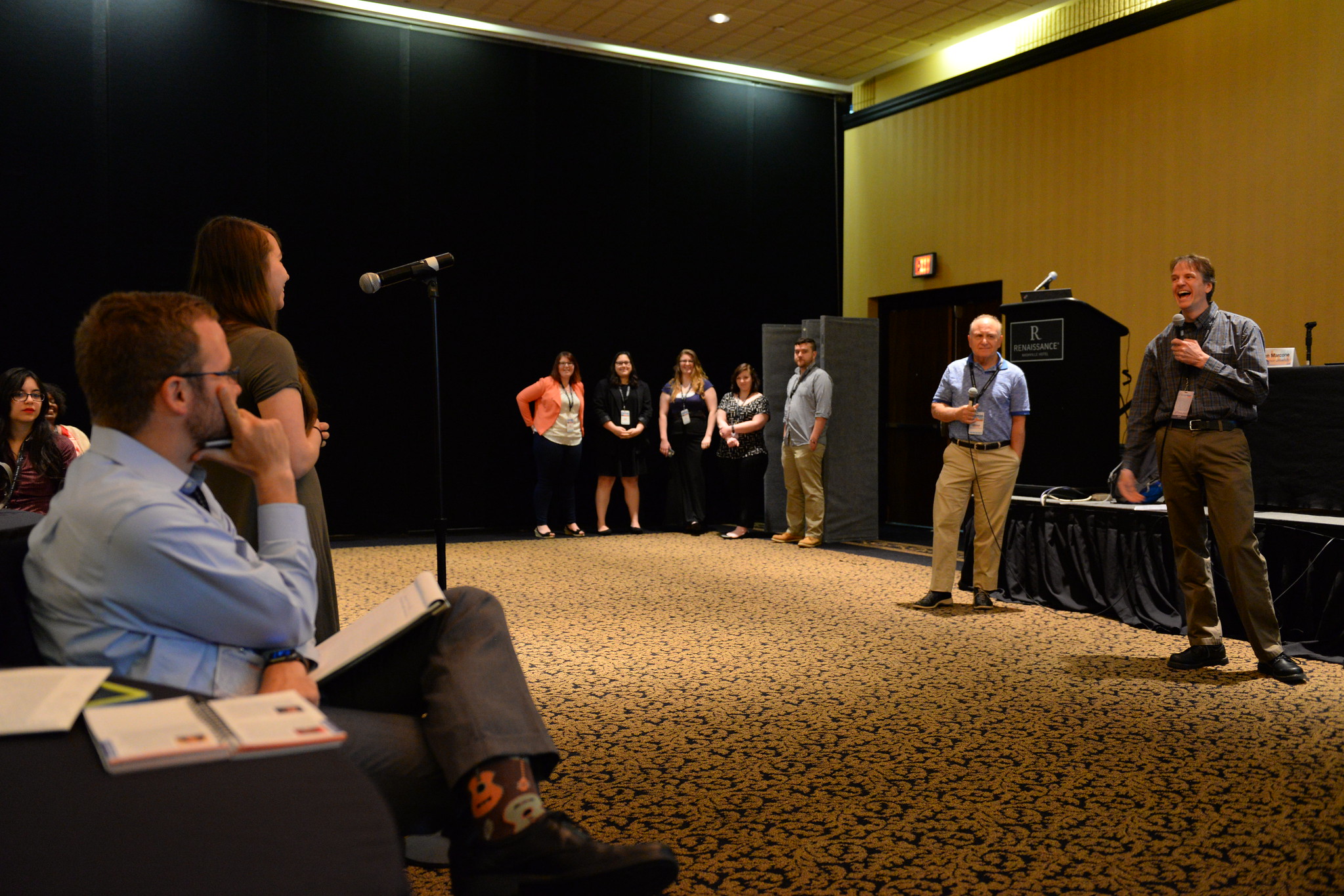 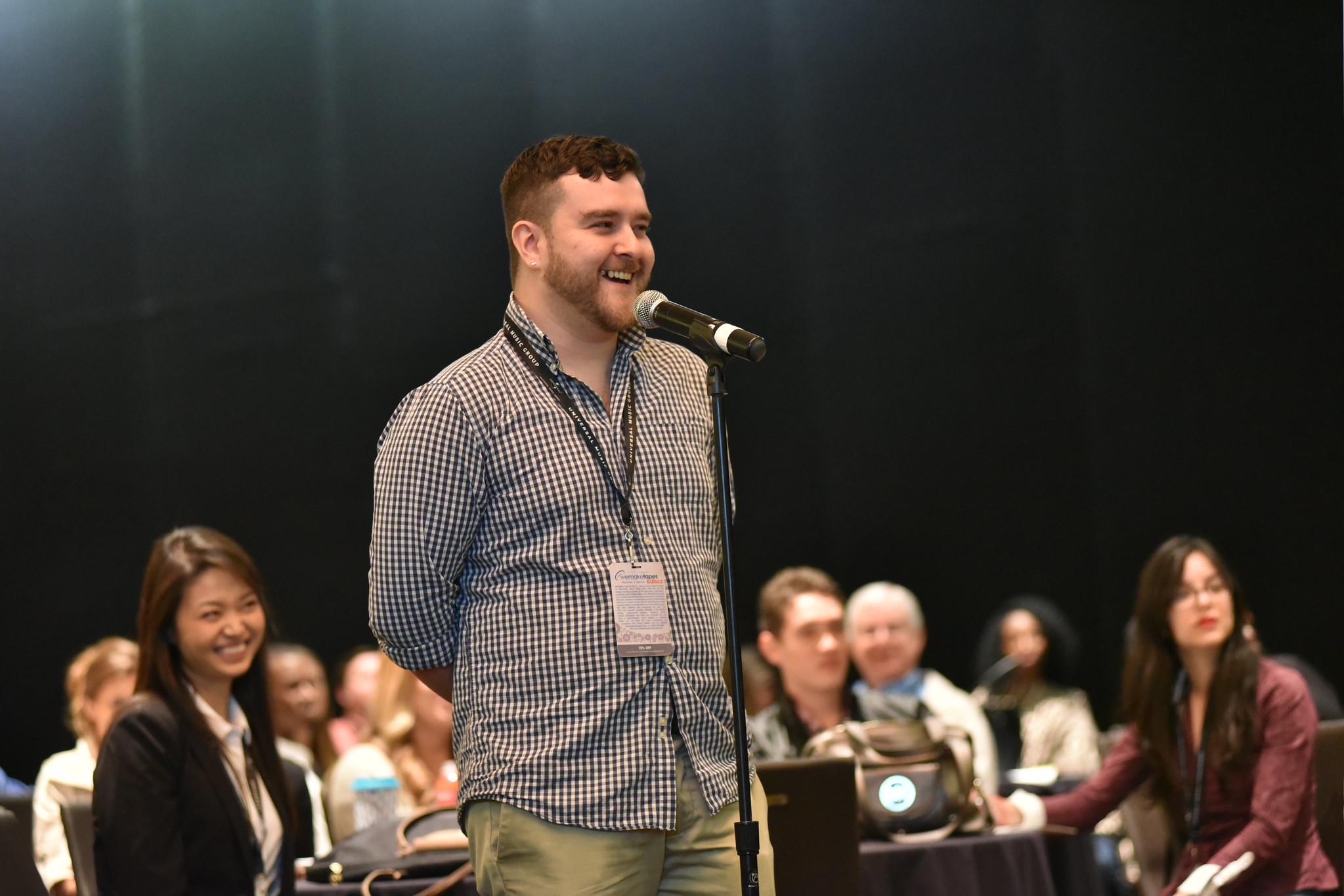 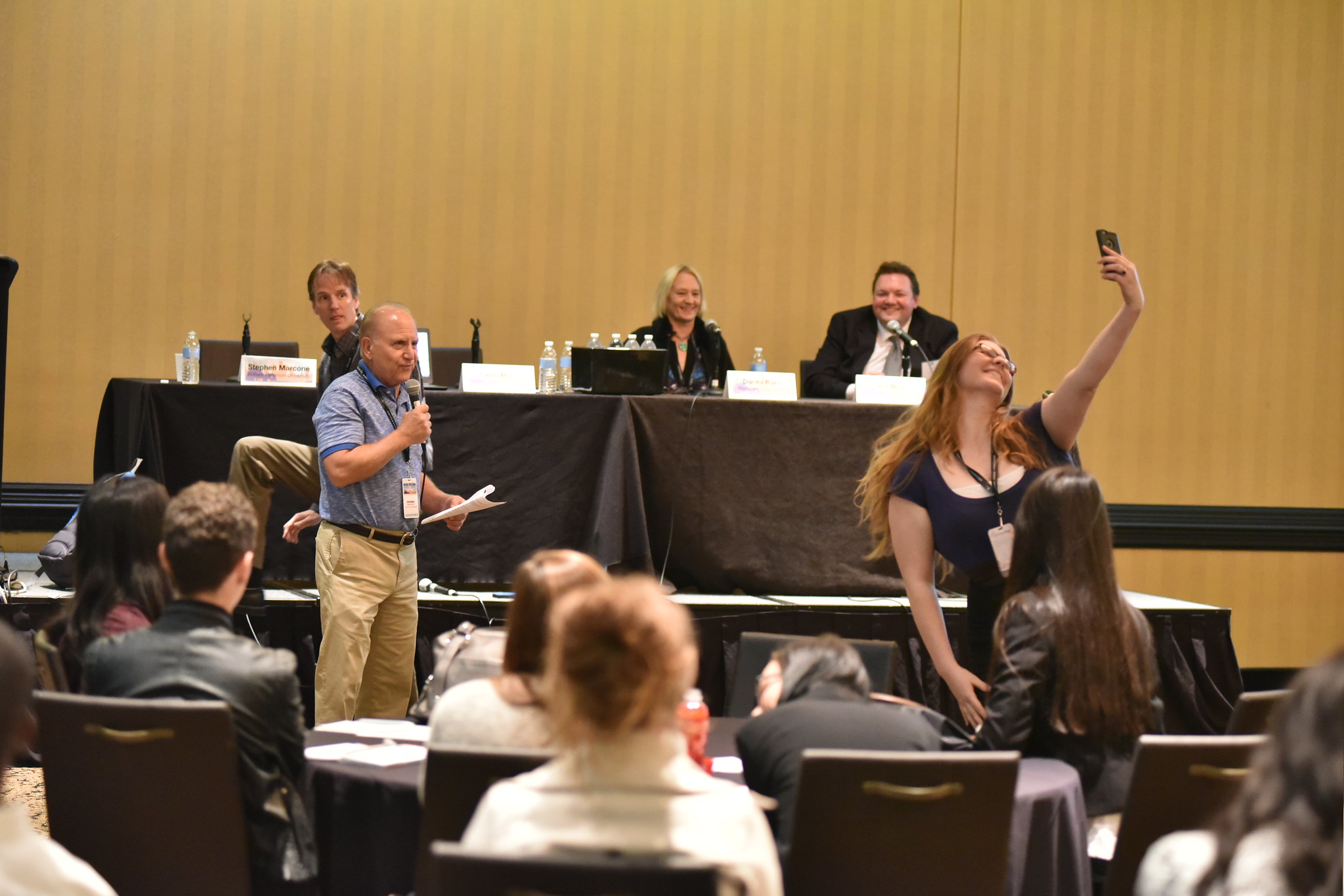 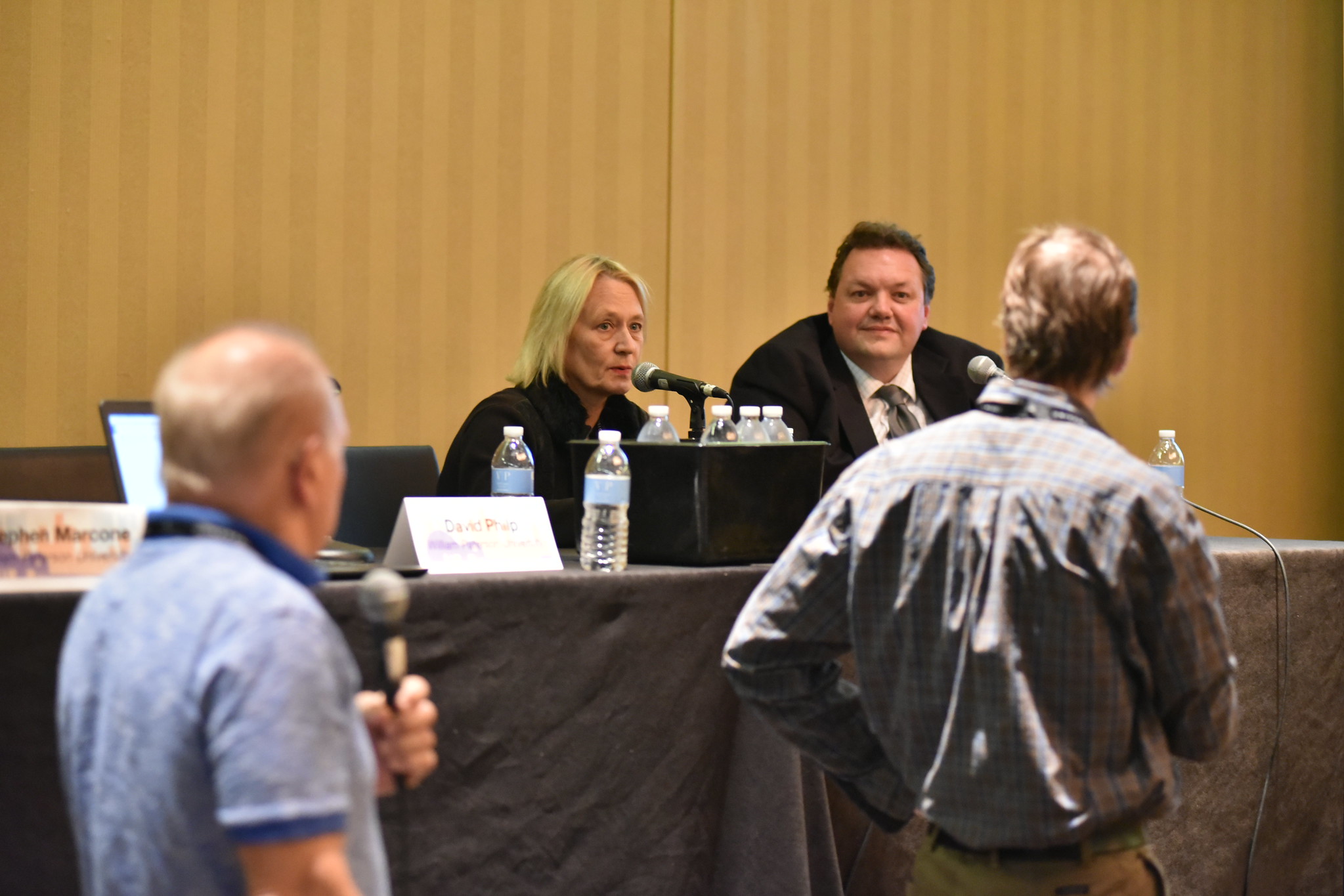 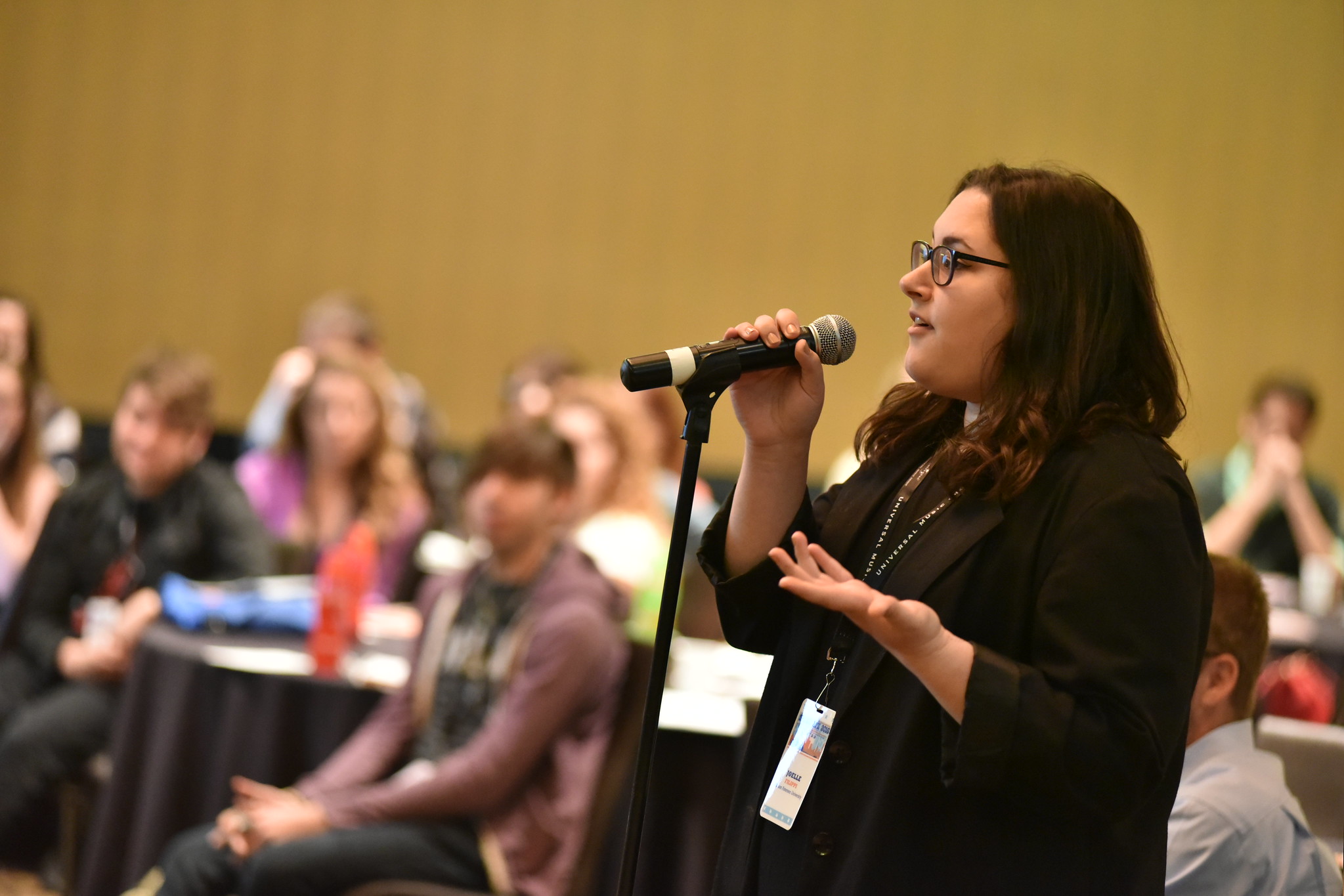 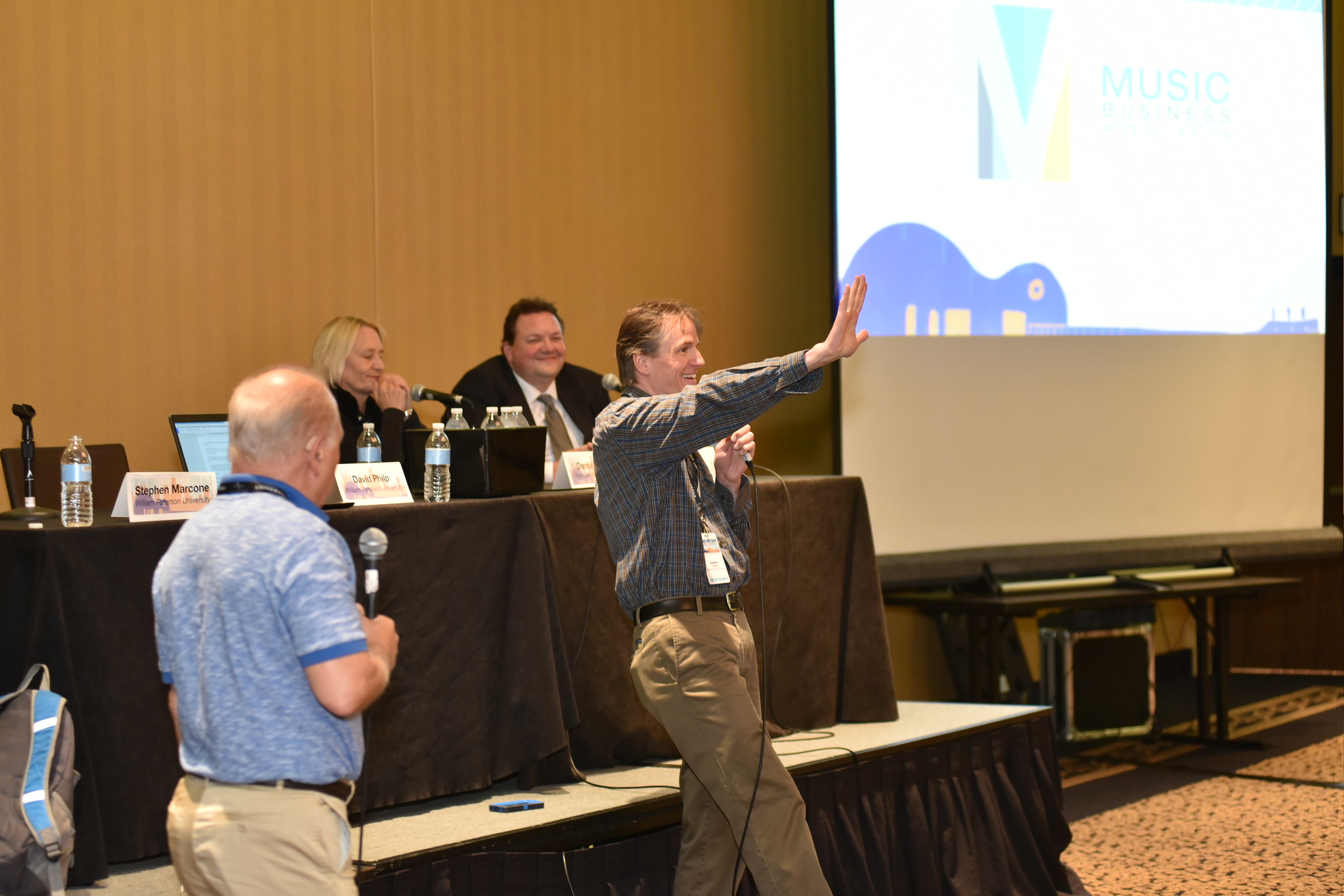 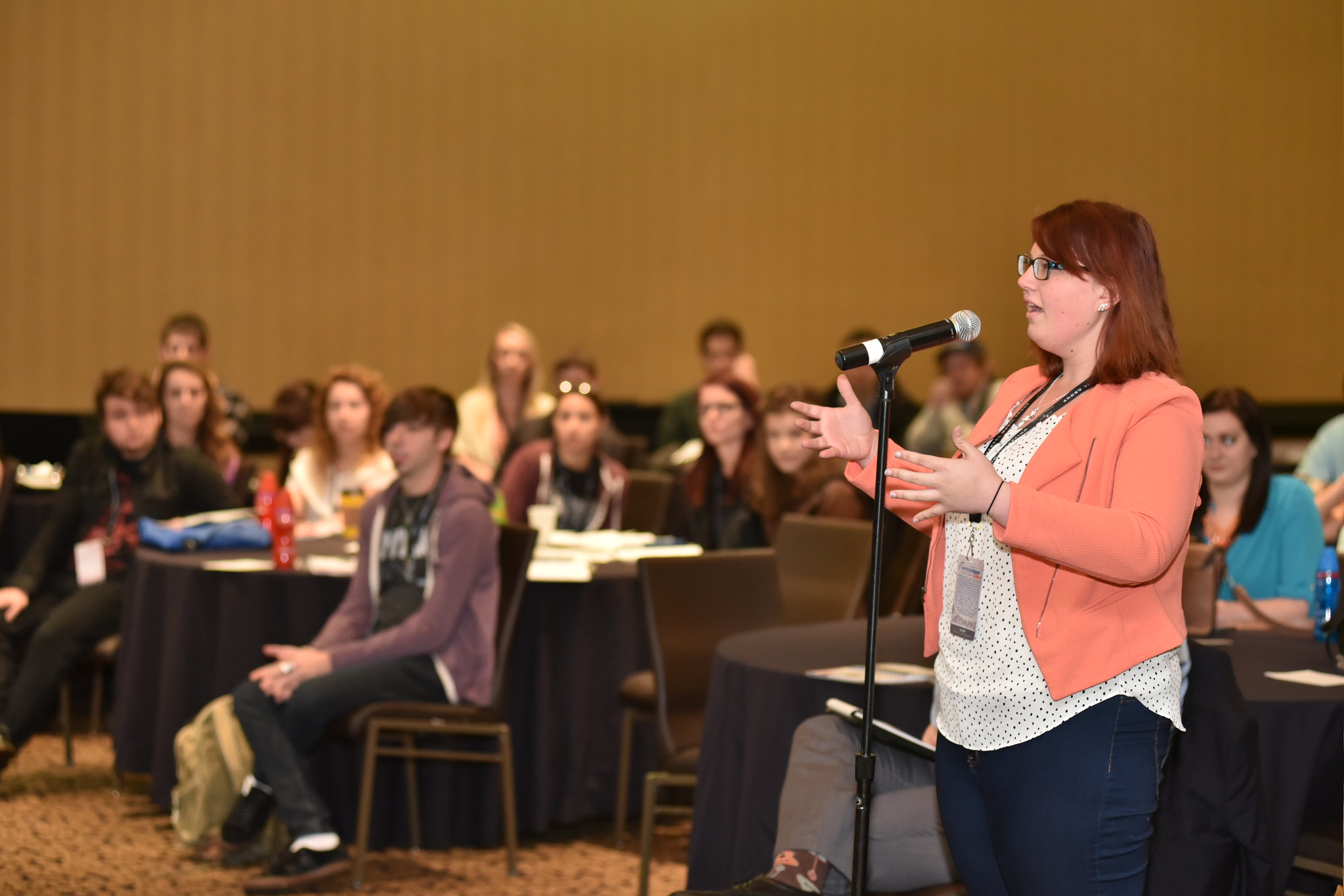 You’ll see some good pics below, also taken by the Music Biz Association, of our students hanging out at the convention: 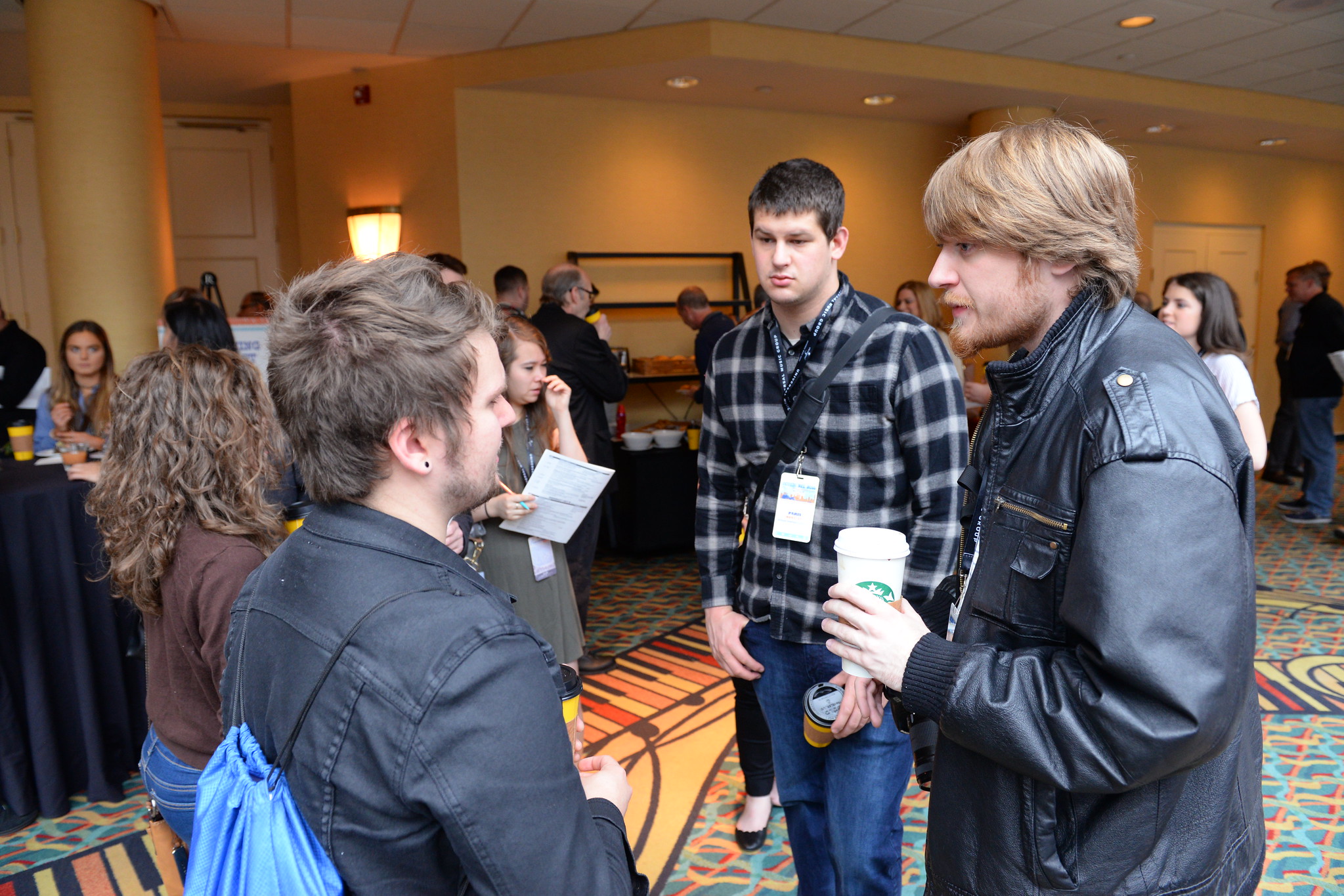 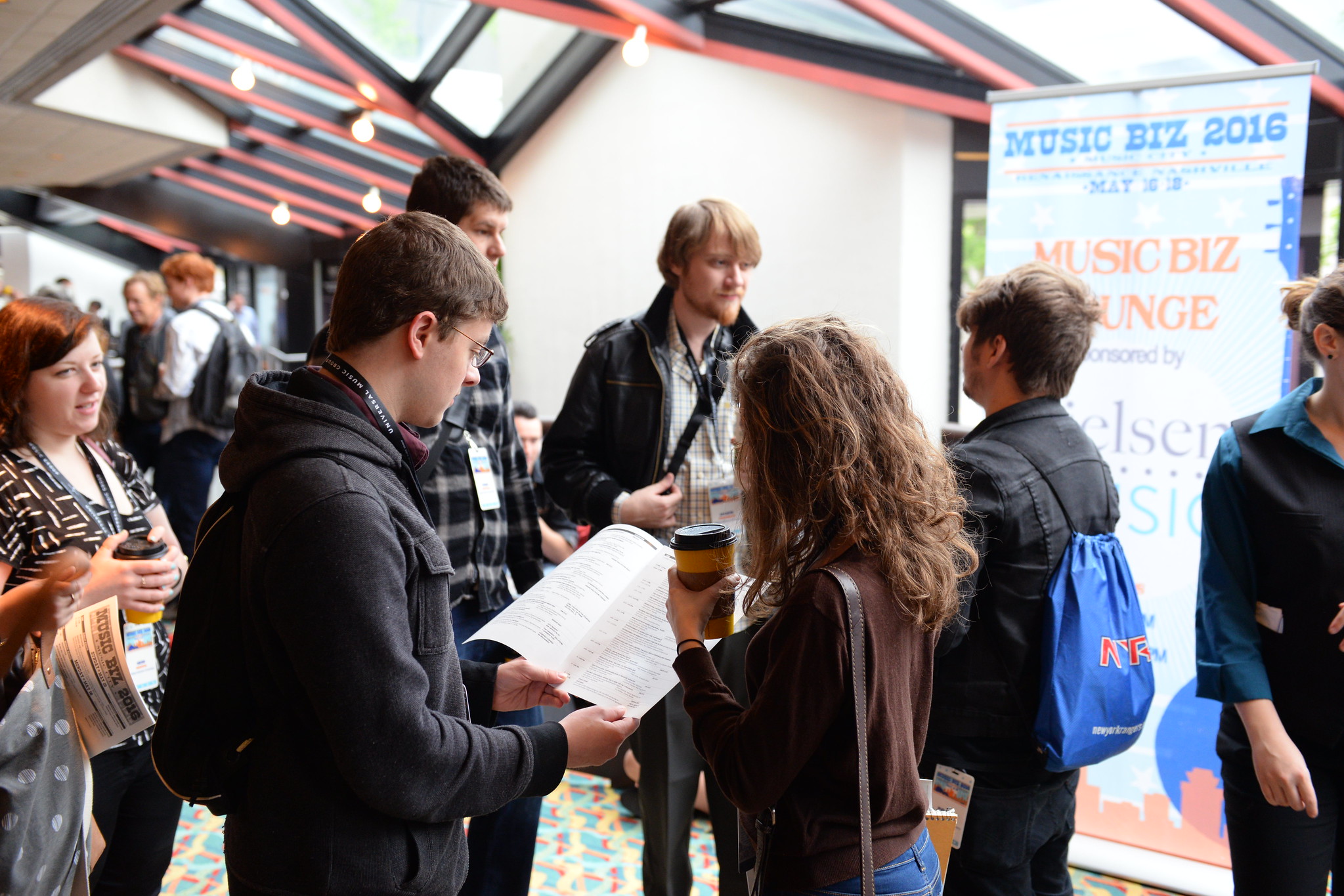 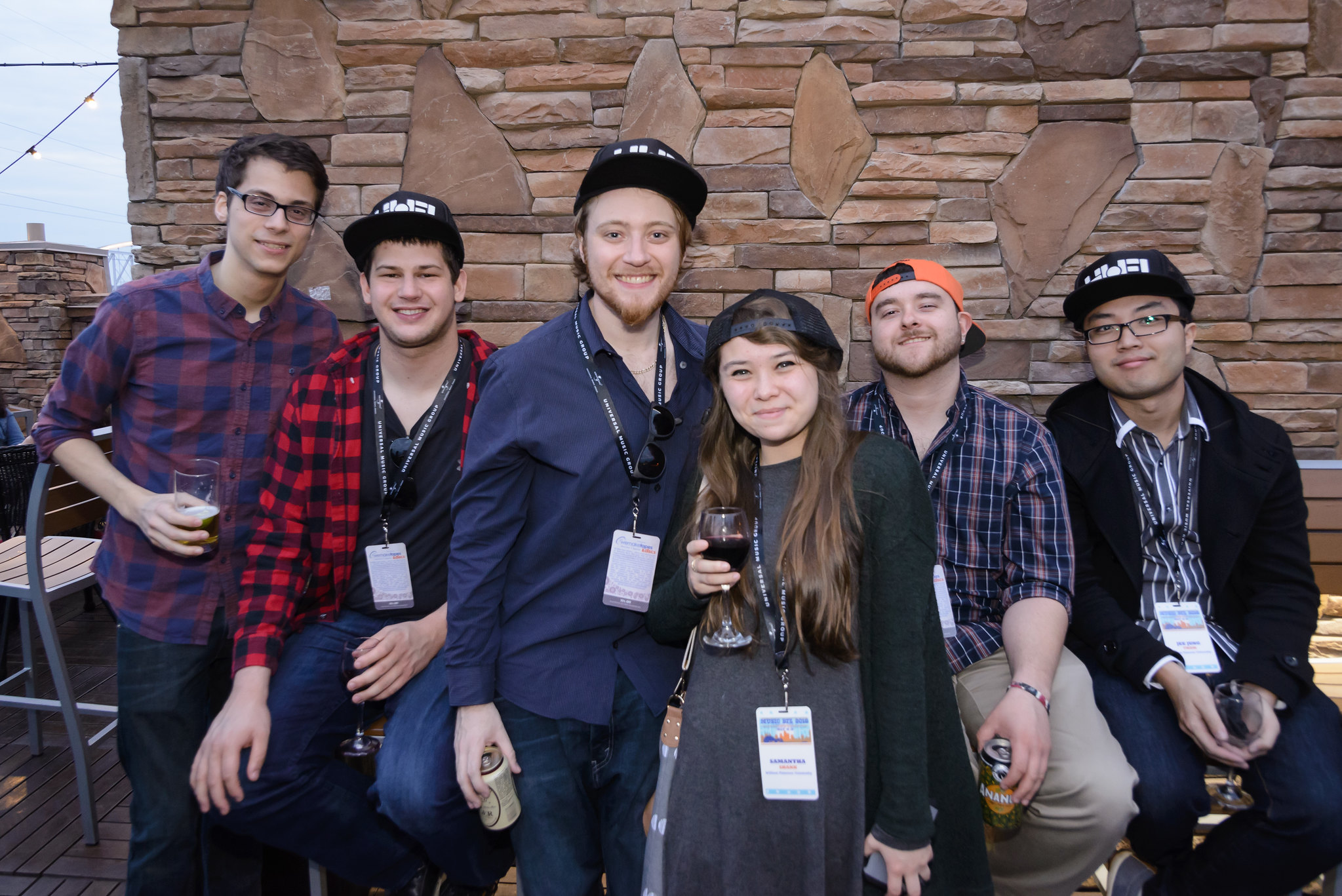 Here, you’ll see Professor Philp yelling that William Paterson students were better than Monmouth University students. He’s entrenched in a mix of evil Monmouth youths. He was only hospitalized for three days. 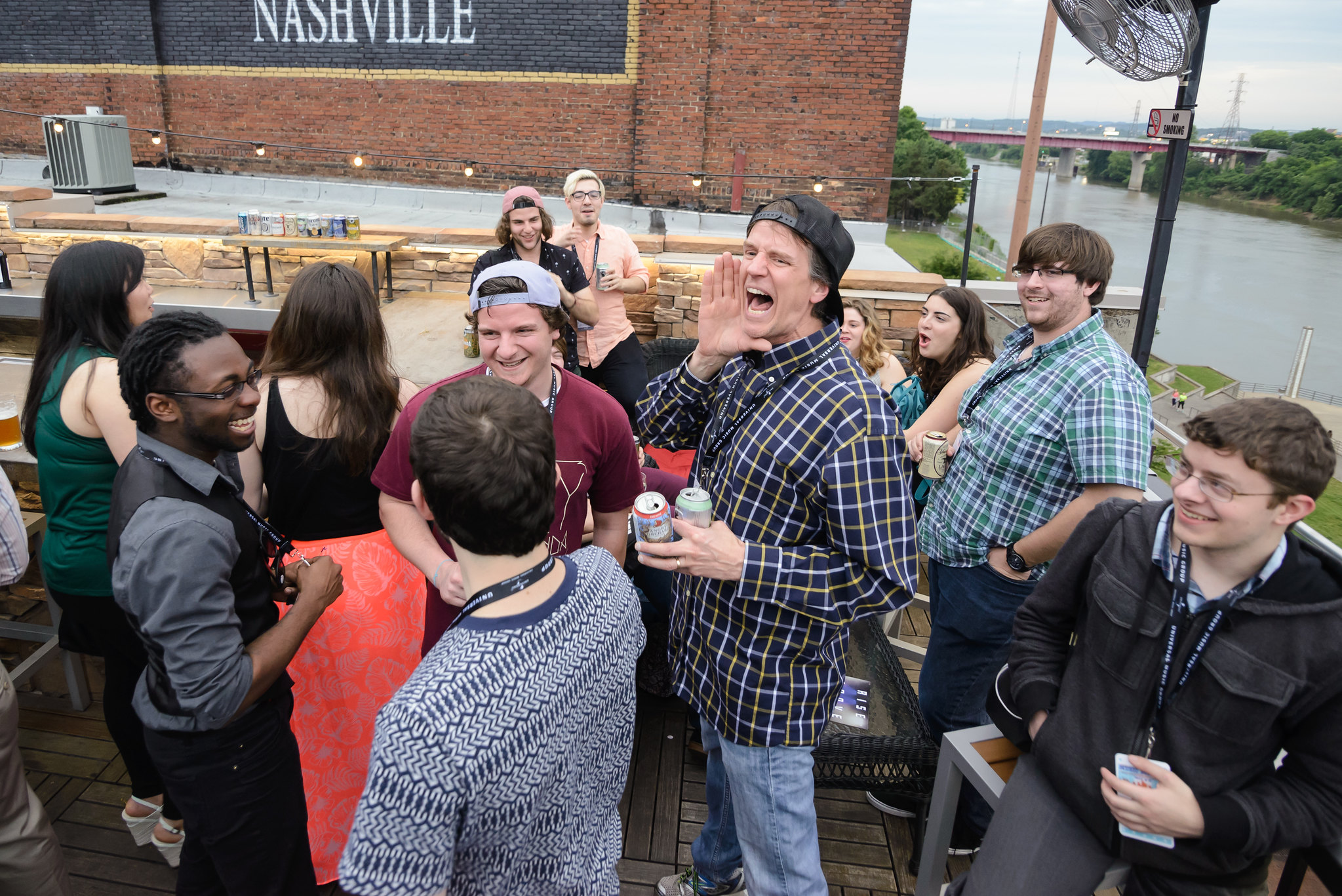 Professor Philp (on your left) with Yasmin Azhir (front left), Lisa Bremer, (far right), Victoria Rizzo (behind Yasmin) and Emily Case (use process of elimination) on the rooftop of the George Jones Museum. The Tennesee Titans play football in the stadium you see in the background.

The class also got to hang out at and visit both Warner Music Nashville (thanks to Atlantic Records Nashville Steve Robertson) and Curb Records Studios (thanks John Butler).

Most of the podcasts recorded in Nashville will air this summer on WP 88.7 Brave New Radio (William Paterson University’s award winning radio station).  The dates of each show are:

Thanks to Music Biz President Jim Donio and his staff, two amazing sponsors (please visit them on the web), a generous grant, and the support of William Paterson University, twenty students and two professors had an unforgettable time. There was knowledge gained, lessons learned, and hands-on experience.  Stay tuned to see if there’s a repeat in 2017!

P.S.  We’ve mentioned John Butler of Curb Records a number of times here.  That’s because he’s a very successful grad of William Paterson University (and former classmate of Professor Philp).  Butler took his old pal Doc Marcone out for dinner while in Nashville and allowed Philp to tag along.

Professor David Philp is Assistant Professor Music Management & Popular Music Studies at William Paterson University. He is the co-host of the only FREE advice college radio-based music & entertainment industry talk show in America, Music Biz 101 & More, which airs live most Wednesday nights and is available as a podcast HERE every night (days too).  Reach him at PhilpD@wpunj.edu or find him on LinkedIn HERE.​