Do I Need To Go To College To Get Into The Music Business?

The short answer: You definitely maybe should, quite possibly.

Why do I ask?  A couple reasons.  It started last week, when I listened to an episode of the great podcast, Promoter 101.  In Episode #37, the hosts Dan Steinberg and Luke Pierce interview former Incubus manager, Steve Rennie.  Rennie is an accomplished industry veteran.  He’s been a concert promoter, a very successful artist manager, been a big dawg VP at Epic Records, and is now an entrepreneur (which is what a promoter and artist manager needs to be, by the way).  Rennie’s Renman Music & Business consultant firm offers advice to up and coming artists and folks trying to get into the music industry.   The man has experience.

He also has a big mouth.  When you listen to his interview on Promoter 101, he bashes – yes, that’s the best word to describe it – college music business programs.  He thinks the only way to learn the music business is by doing.  That’s what he did.  That’s what he sells.  So, like a certain president of the United States, there’s only one way – Rennie’s way.

“Today there are so many colleges and places that are teaching the music business… I still contend that the way to learn is by doing it.  You can’t read a book about the music business and learn how to be a manager.  It’s just f***ing Harvard or Berklee or Full Sail or any of these f**ks -”  That’s what he said in the interview before being interrupted. 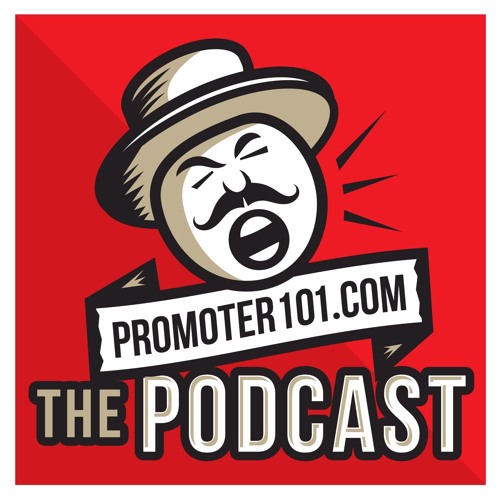 Bob Lefsetz has commented in this regard multiple times in the past as well.  He also feels that going to school for music business is basically a waste of time and money.  As a music business professor, and one who’s co-authored a book about band management, this of course bothers me.  My feelings aside, are these guys right?  Can you make it in the business strictly by doing, with no help at all from outside sources? (Of course, you still need Renman Music Business to help you, but not college, definitely not college, because we’re all f**ks.)

The answer is yes, of course.  There are always going to be people who get into the business who figured it out by trying, failing, trying, failing, trying and trying and learning all the way along.  So, yes, Renman and Lefsetz, as much as I think they can be blowhards and ego-centric jerks, are correct.  And I do respect Renman because he’s done a lot.  He’s earned a great living in the business and he didn’t go to college to learn about the music business.  That’s what he knows.  That’s what he spews.  And there are times that he is absolutely correct.

(Was that mature of me?  I didn’t just call him a f**k and tell you to ignore the man.  No, listen to the podcast because you will learn something.  Heck, I learned something.  I learn something every day.  I hope Renman doesn’t think he knows it all.  You can bet he doesn’t.) 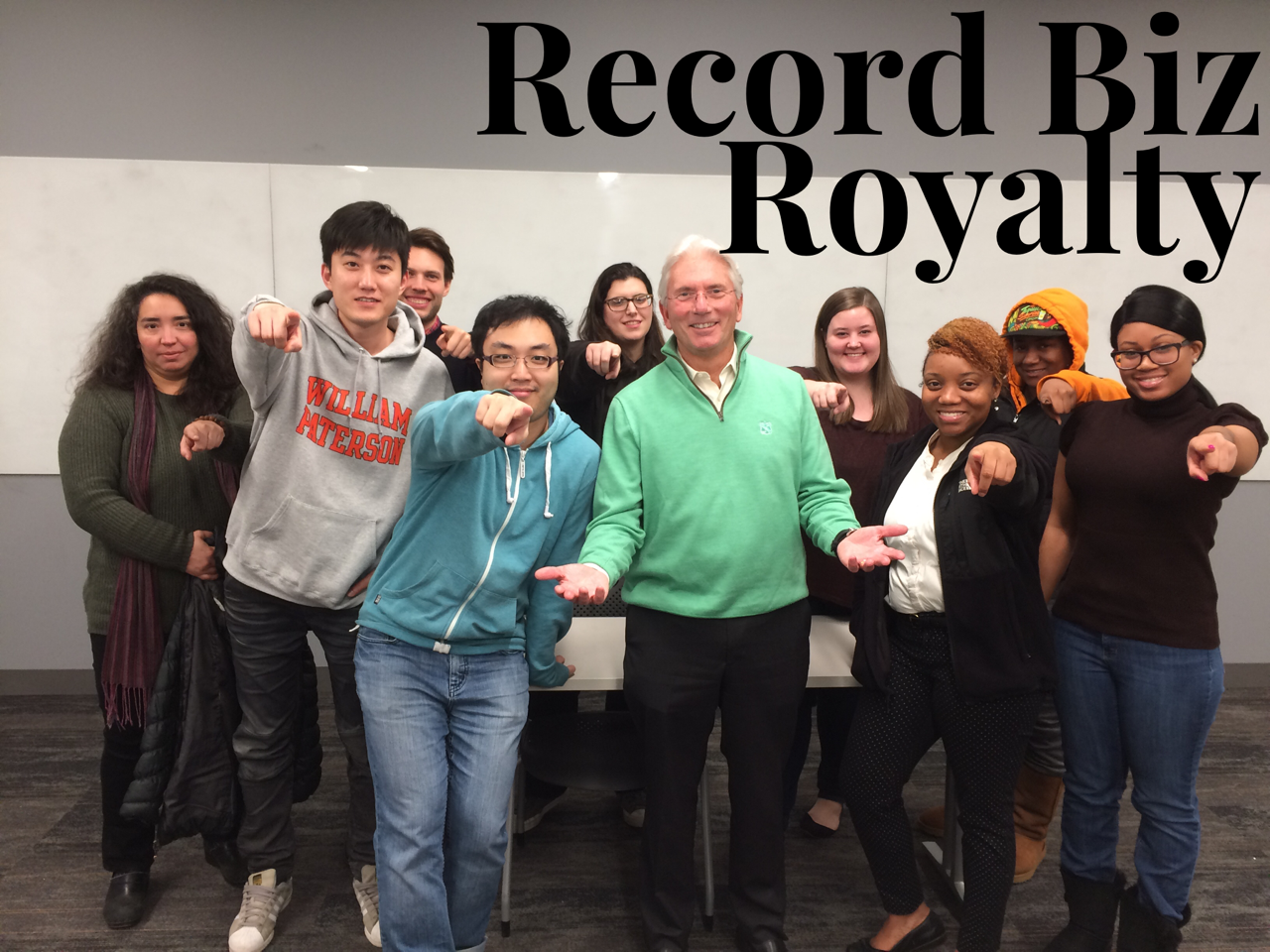 The internship is the foot in the door.  While there are plenty of companies that don’t require college credit, there are many companies that do.There’s something else that college can provide – four years of time to grow up, to mature.  At 18 or 19 (or, should I say, 18 and 19), I was an idiot.  I was at 20, 21, 22, and more years after that, too.  But I wasn’t ready to be a real person and work full-time in the real world right after high school.  When I graduated at 22, I was different than I was at 18 (though still an idiot compared to today, when I’m just so amazingly brilliant).

In college, you can take classes and learn about the industry – from publishing to master recordings, from the live business to the PROs, from what business managers do to what the Music Modernization Law is.  If you don’t go to college, will you be exposed to all of these topics? 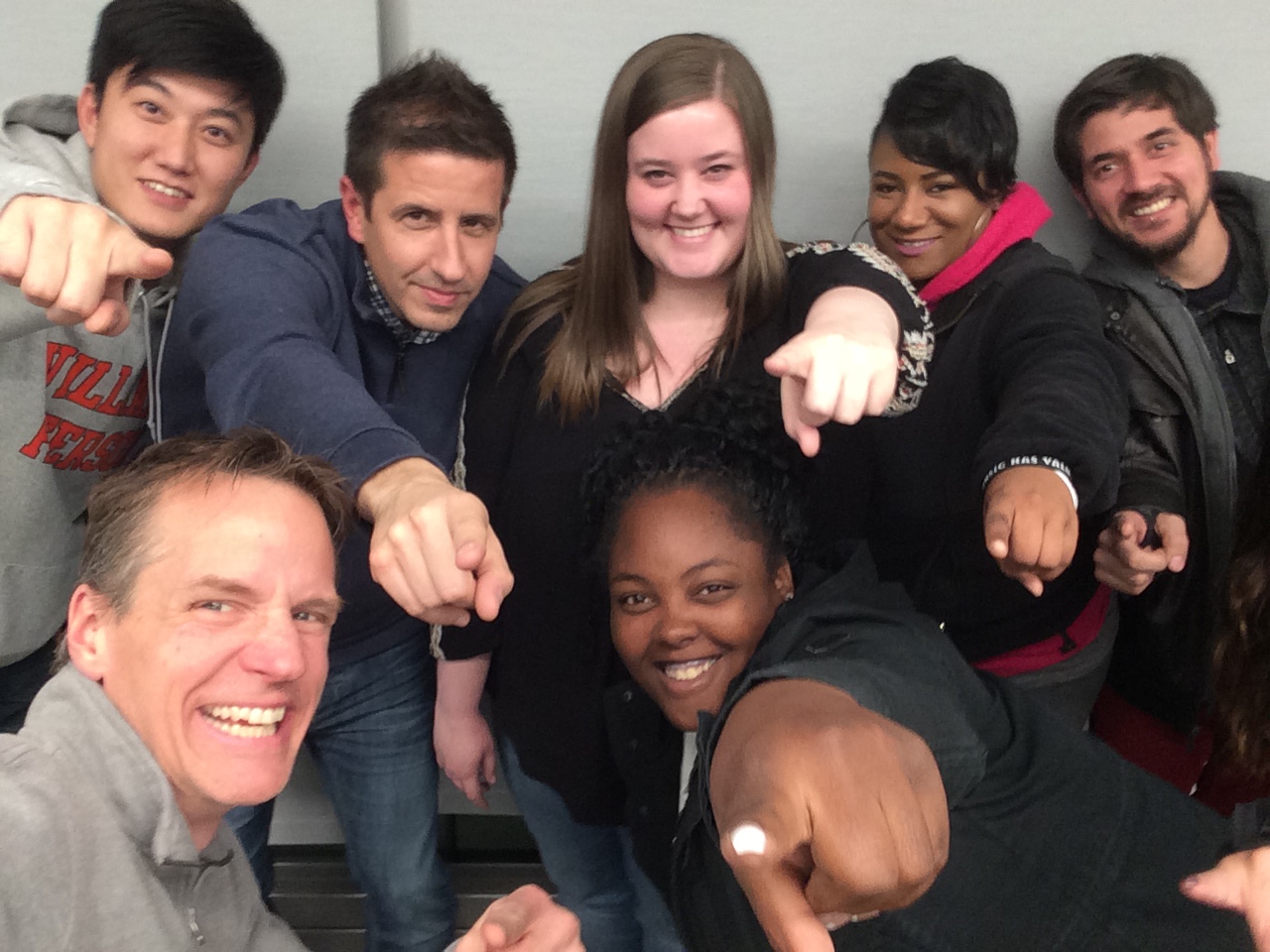 (Paul Sinclair, Head of Lots of Big Things at Atlantic Records, visited a WPU MBA class in 2017 to talk about Influencer Marketing.)

I like to tell young people, “You don’t know what you don’t know until you find out that you didn’t know what you didn’t know.”  In other words, college music business classes can provide experience.  There’s learning from a “real teacher.”  There’s working for student clubs to put on concerts (that’s doing).  There’s getting internships (more doing).  College can provide a balanced mix of doing and learning.  Might I add, college can also teach you HOW to learn.  It all comes with maturing and growing up.  I think Rennie misses this point.

Now, read THIS ARTICLE (thanks Dr. Esteban Marcone).  It’s all about how the A&R side of the recorded music business is getting more and more driven by data.

“…Over the last five years, major labels and streaming platforms have been pouncing on data partnerships and startup acquisitions at an unprecedented rate, with the hopes of using algorithms to discover – and predict – the next big pop star.”

Who do you think is coming up with these algorithms?  My bet would be that in most cases, college grads are doing that. 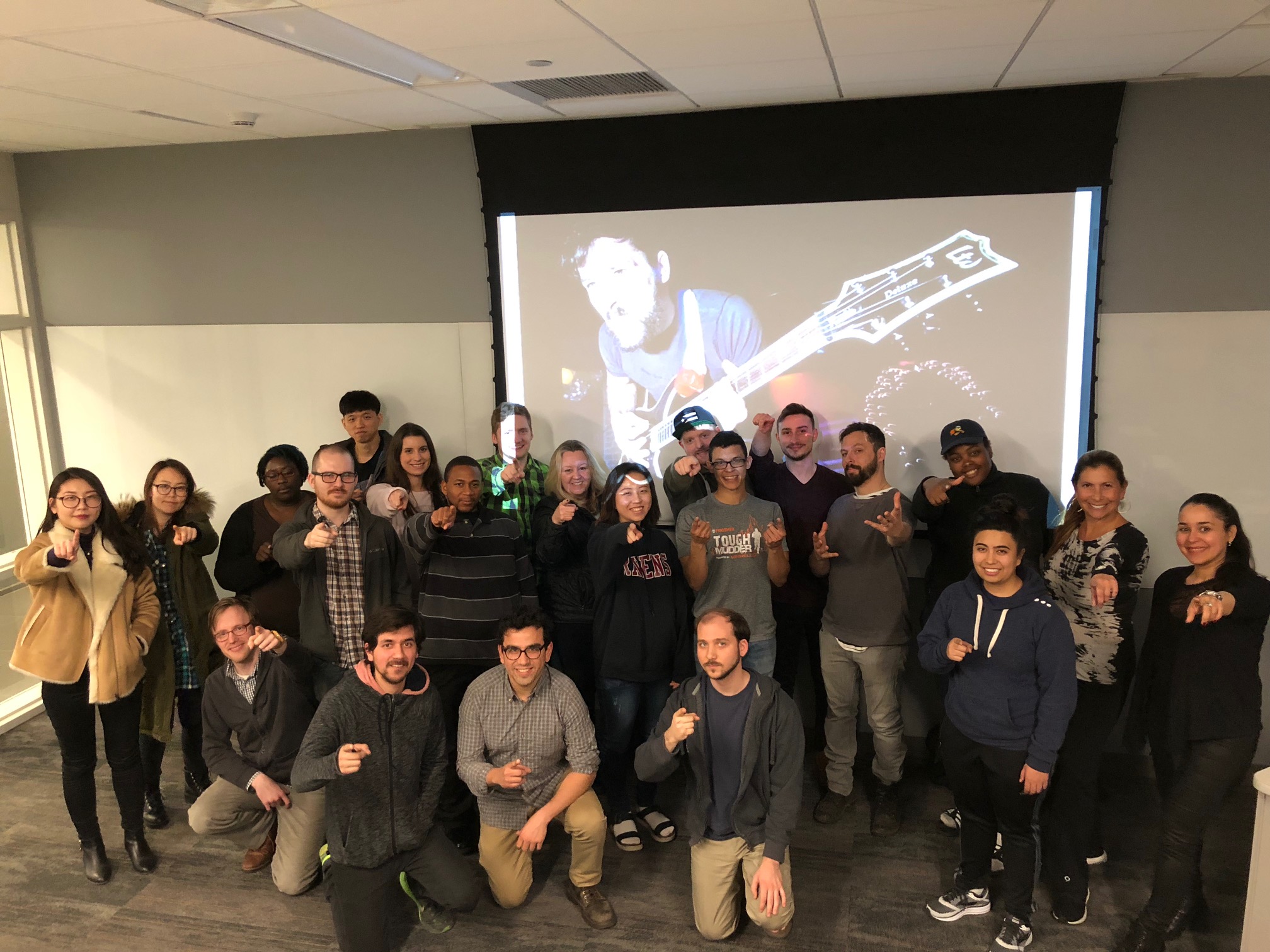 (Ben Weinman, Kimbra’s manager and former leader of Dillinger Escape Plan, spoke to WPU students this spring about artist marketing and the road.)

The concept is based on the book Moneyball, by Michael Lewis, in which advanced data analysis has transformed how baseball teams (specifically the Oakland Athletics of the 2000s) determine the players they’ll pay to play.  If you look at the people running baseball teams now, 15 years after the book was published, many of the guys attended Ivy League schools, like Yale and Harvard.

That style of management, combing through Big Data to raise the probability of greater success, has made its way into the entertainment world, from Netflix to Spotify to Shazam to A&R.  How do you learn to read this data?  My friends who read it for a living would say that, in most cases, college grads are the ones who know how.

But these ideas don’t help Steve Rennie.  He thinks that if students go to college to focus on the music business, they won’t sign up for his courses and 30- and 60-minute live Skype sessions.  Like Trump (whom he criticizes in the Promoter 101 interview), he needs to scare people away from college so he can make money.  Does Rennie care about the students?  Or does he care about how much money he makes from them?

I can’t answer either way.  I won’t accuse him of doing it just for his own benefit.  But I will state that a college professor’s job is to continuously learn about the subjects in which they profess.  They aren’t supposed to earn money off of their students.  Professors get paid by the university to prepare students for life after college.  Professors are supposed to prepare students and give them the tools needed to get a job.  To achieve their goals.  Professors push and cheerlead.  Professors develop relationships with students that last for years; maybe just the four years of college, maybe for life (I’ve known my music business professor, Dr. Steve Marcone, since 1986, which I was a freshman at William Paterson University).  Will Rennie’s “students” still get his advice months and years after they “graduate” from his Skype session?  Sure.  But he’ll charge them for it. 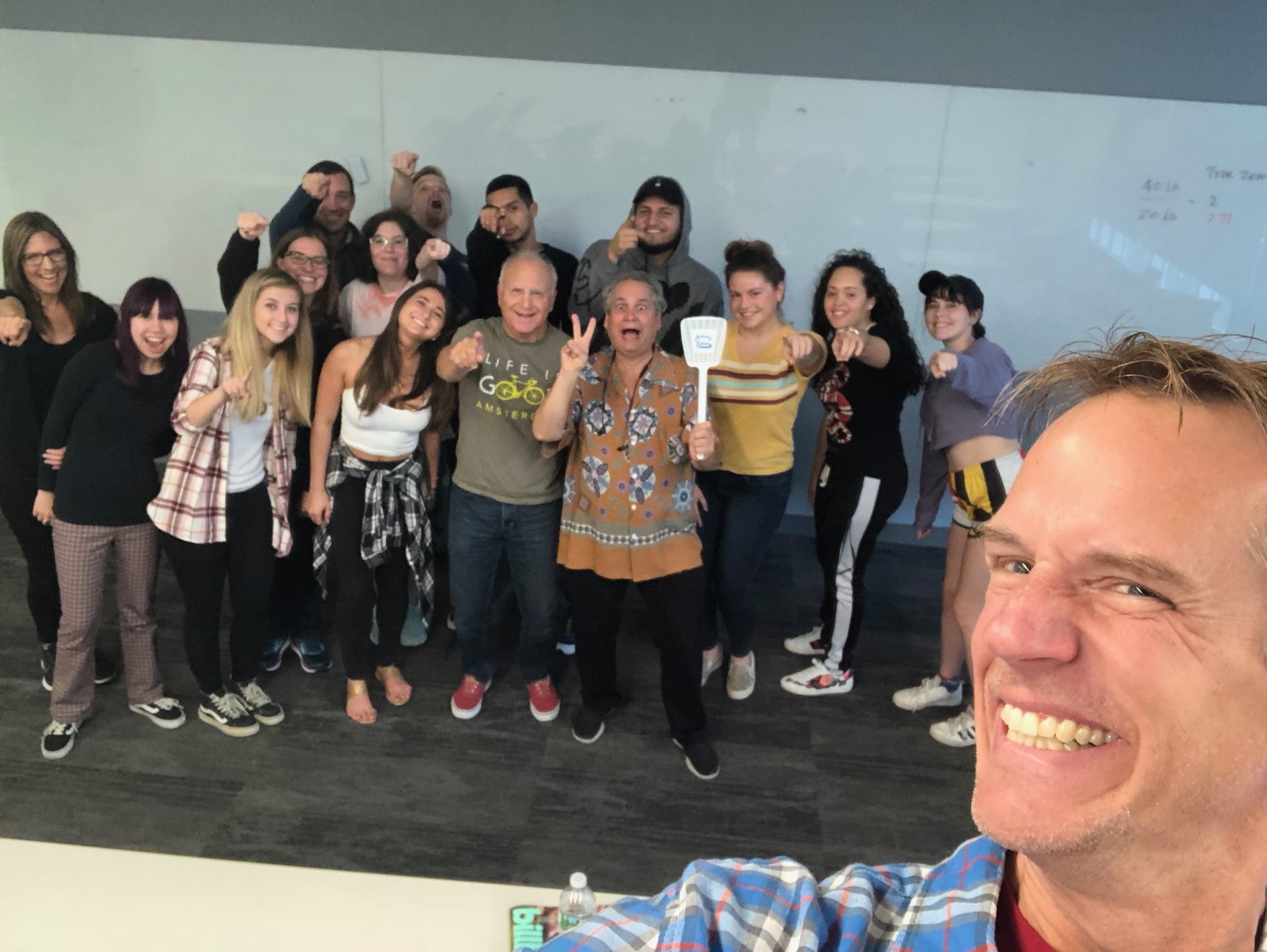 A friend and fellow professor, Dr. Payton MacDonald, says there’s something else important that college provides.  “Literacy.  It’s nice to work with managers and business people who can actually read and write and think with some degree of nuance,” Payton says.  “And of course people with undergraduate degrees earn on average a million dollars more than people without them, in any industry.  Fact!”

College is great for four years, plus another two if you want an MBA (which is what I did).  But the learning doesn’t stop after college or after the MBA.  The learning continues.  I think Rennie could actually get more business by embracing college music business programs.  Right now, I would never pay this guy money to speak at my school because he’d just bash my program and me.  If he positioned his courses as supplemental to college learning or as your “informal MBA” or as your “unofficial summer class,” he’d probably get support from a nationwide network of college professors who  know more than he thinks they know about the business; who’ve done more than he’ll admit they’ve done within the business (lots of professors around the country have done quite a bit in the biz before teaching full-time).

The man has interviewed some great people for his program and there is knowledge to be gained by him.  It’s just a shame that he has to bash others for his own personal gain.